The Kickstarter Campaign for my next movie, Russian Doll, ends at noon ET on May 30th (in just 4 days!)

And okay, maybe you’re not into movies. Books are probably more your thing, and I know you’re busy and you’re hit with a barrage of Very! Important! Emails! from a multitude of others besides me, so you’re thinking, “Yeah, Suz Brockmann, another movie, whatever, I don’t have time to read this–”

But wait, please, before you hit delete! Lemme give you some info in easy to read bullet points, complete with visual aids! (Also? Scroll down for an excerpt from ​Ready to Roll…)

​​Signed (out of print!) hardcover edition of Hot Target (or Breaking Point, or Force of Nature, or All Through the Night) for just a $25 backer contribution to our movie! Price includes US shipping!

​Signed limited print edition of Free Fall — a Troubleshooters short story usually only available in e-book format, for just a $20 backer contribution to Russian Doll. Price includes US shipping, PLUS I’ll throw in limited edition print booklets of my other TS shorts, When Tony Met Adam and Beginnings & Ends!

Signed limited print edition of Ready to Roll — my next TS short story featuring Navy SEAL Izzy Zanella and his extended family for just a $25 backer contribution, and yes, shipping is included for US readers. (P.S. Yes, RtoR will eventually be available in all e-formats, but this is your chance to get this story in print!)(All of the rewards are also available to international readers, but there’ll be an extra charge for shipping.)

The Jules Cassidy Collection: Four signed (out of print!) hardcovers, plus all of the TS short print editions for just a $190 backer contribution! (See description above!)

Be a beta-reader for Ready to Roll. Part of my writing process involves emailing a first draft to a group of readers, and getting feedback from them. If you’ve ever wanted to beta-read (and get a Word doc of the story months before everyone else!), here’s your chance! The digital only “Be a Beta-Reader” is available for a $50 backer contribution. $75 gets you that first draft Word doc and a signed limited print edition, too.

At small or LARGE Productions, we think the world is a far more diverse and interesting place than Hollywood blockbusters would have us believe.
Our mission is to create high quality, exciting, and entertaining movies featuring a universe where: 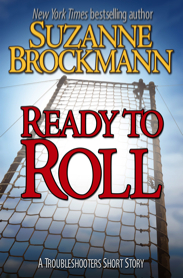 About Ready to Roll:

Although Navy SEAL Izzy Zanella prefers “real world” assignments over his latest stint as a BUD/S instructor, he’s always happy to spend time in San Diego, sleeping in his own bed with his smart and sexy wife, Eden.  Izzy and Eden share custody of her teenage brother Ben, but while Eden’s older brother Dan and his wife Jenn are busy wrangling their newborn son, Ben’s with Izzy and Eden full-time. And while he’s no colicky infant, he somehow manages to keep getting suspended from high school for fighting. A bully’s been targeting him, but there’s clearly more to the situation than meets the eye. Meanwhile, Izzy’s also challenged by a new trio of young SEAL candidates who are going through BUD/S training’s punishing Hell Week… (Estimated length:  About 25,000 words or 100 pages)

Ready to Roll is the third of a connected trilogy of Troubleshooters short stories that starts with FREE FALL and continues in HOME FIRE INFERNO, the TS story included in the WAY OF THE WARRIOR military romance anthology.

Excerpt from Ready to Roll:

Hell Week started the way it always started, with a shit-ton of noise.  Artillery simulators boomed and bullhorns were utilized by the team of instructors as the current crop of SEAL candidates finished up their initial beach run.

Izzy didn’t have to be there–his shift didn’t start until morning–but he liked the visual that came from witnessing Hell Week day one, hour one.  This mental photograph of the hopeful mob of SEAL candidates humping it down the beach would be easily recalled in five and a half days.  Izzy could and would compare and contrast it to the sight of the few dozen men left barely-standing.  It would reinforce the SEAL adage of being one of the “few of the few.”

And that wasn’t an ego thing.

Okay, it was a teeny bit of an ego thing.  Hard not to be.

But it was most valuable when it came to welcoming new members to the team.  Izzy knew that even the youngest, greenest-seeming SEALs had pushed themselves over the edge and were highly skilled and well-qualified to stand beside him.

Tonight, however, it was Eden who was next to him, shivering slightly in the crisp night air.  It was date night, and it had actually been her idea to come out to the beach like this.  But because she was here, they weren’t down at the water–civilians had to keep their distance–but they had a good vantage point. Plus Izzy’d brought along a small pair of binocular-like NVGs–night vision glasses.

He handed them to Eden, so she could take a look as the class ended their run and went almost directly into the churning ocean.  Tide was coming in, which added to the suck-factor.

“So this is where they start to quit?” Eden asked as she scanned the beach.  “I mean, it makes sense.  It’s so cold.”  She glanced up at him and smiled, adding, “Shh!  Don’t tell me that this isn’t cold, because I know.  Jumping out of a helo into the North Sea is cold.  But I’m not talking Navy SEAL degrees.  I’m talking mere-mortal temperatures.”

Izzy put his arm around her, and she did that thing that he loved, where she seemed to melt, completely, against him.  He kissed her–it was hard not to when she was looking at him like that.  But she’d asked him a question, so he answered it.

“Yes,” he said as she shifted to lean back against him, his arms still around her as she looked through the lenses again.  “This is where the mere mortals start to quit.  The doubter who is also both an over-thinker and good at math will be the first to go.  He hit the cold water, and he’s sitting there right now, getting slammed by the breakers, and he’s thinking This is seriously bad, and it’s only an hour in.  And his math brain is going clickety-clickety-click.  Twenty-four hours in a day; five days, eleven hours left to endure; Five times twenty-four is one-twenty plus eleven equals one hundred and thirty ones hours, and soon he’ll think Screw this caca-doody or the crusty sailor equivalent, and he’ll push himself up and he’ll stagger out of the water and beeline it for the bell.  Ding, ding, ding, he’s done, done, done.  And his adiosing his ass out of there creates entropy.  Before this very moment, there has only been I will succeed.  But now all the other doubters and over-thinkers, regardless of their skill at math, are suddenly overwhelmed with doubt and fear.  Now there’s a pop-up bubble in their head going, Look!  Quitting’s an option!  As for the quitters–they’ve been waiting for this moment, and now it’s here.  And they’re going At least–thank God–I’m not the first.”

“What does that matter–their not being first?” Eden tipped her head back to ask.  “Quitting is quitting.”

“It’s a stupid guy thing,” Izzy told her, nuzzling her neck through her thick, sweet-smelling hair.  “Some guys think it stings less when you’re not the first.”

“And you really think that this time the lieutenant is wrong about the guy who’s going to quit first?”

Grunge had gone with his instincts and pegged Petty Officer John Livingston, aka Seagull, as Quitter Number One.  The other instructors had been ordered to help Seagull along, essentially by getting in the little dude’s face and increasing his self-doubt.

You’re not going to make it, Livingston!

Do your boat team a favor by ringing out now!  Don’t make them drag your sorry ass along with them, Livingston!  Everyone on this beach knows you are never going to make it!

Izzy could see the bulk of the instructors, close to the end of the line of SEALS who were now sitting, elbows linked, in the frothing surf.  Seagull was down there.

“Whoops, we have movement,” Eden announced, handing over the NVGs so Izzy could see.

But when he aimed the lenses toward Seagull, she added, “Nope, other end.  Is it him?”

“Grunge’s pick?” Izzy clarified.  “No.”  Quitter Number One wasn’t Seagull.  Grunge was rarely off by much, so maybe Seagull would be Quitter Number Two.  Izzy aimed the lenses back and sure enough, the instructors were leaning hard on Seagull–still in his face.

At least one of them–a SEAL named Carlos–had a bullhorn, and his words drifted clearly down the beach.  Be a patriot, Livingston, you know you’re not good enough!  You know you’ll never do this, so step aside so the real men can be SEALs!

Izzy was looking directly at Seagull and right at that moment, right after a wave broke over the SEAL candidates’ very cold heads, he had a clear shot of the man’s face.  And he could’ve sworn he saw Seagull smile.

It was just a little smile.  A private smile.  It was weird, for sure.

Link to the Kickstarter, where you can be a beta-reader — or get a limited print edition of Ready to Roll: https://www.kickstarter.com/projects/suzannebrockmann/russian-doll-a-feature-film​

Link to more info about Ready to Roll at my website: https://suzannebrockmann.com/books/e-shorts/ready-to-roll/ 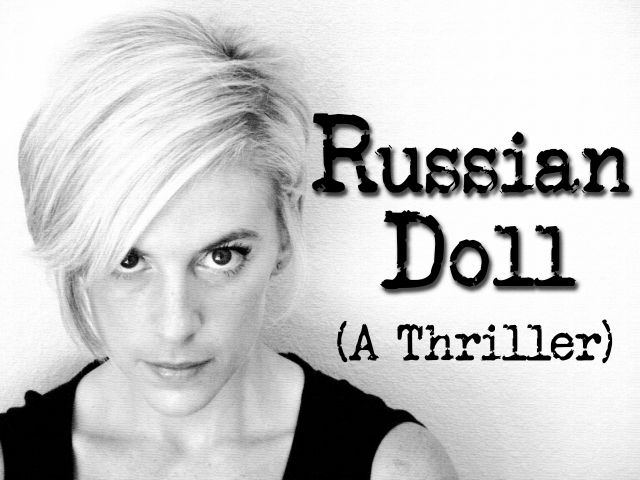 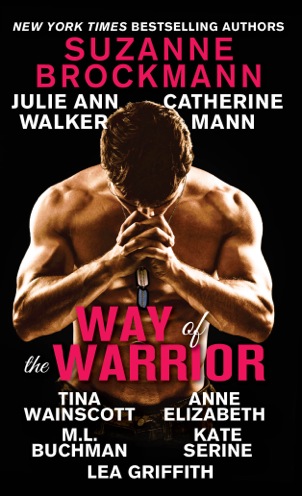 P.S. Apologies for the strange-seeming font size changes. As much as I love my new e-newsletter hosting site, Tiny Letter, they are not Mac-friendly, and I didn’t have the time to break out my ancient PC laptop. Forgive me. (Thank you.)

P.P.S. For those of you who’ve followed the adventures of my dog, Little Joe, since last summer’s back injury, paralysis, recovery from surgery, and amazing rehab, she’s doing quite well! I’ve posted a video on my Facebook “Suzanne Brockmann Books” page that shows how well she’s doing! https://www.facebook.com/SuzanneBrockmannBooks

Last but not least: Tri-State area residents (NY, NJ, CT!), mark your calendars!  RWA National is in NYC this July, and there is a HUGE booksigning scheduled for Wednesday, July 22nd at 5:30 p.m. (All books are donated, and all proceeds go to literacy programs!) I’ll be there (along with 800 of my romance author friends)!