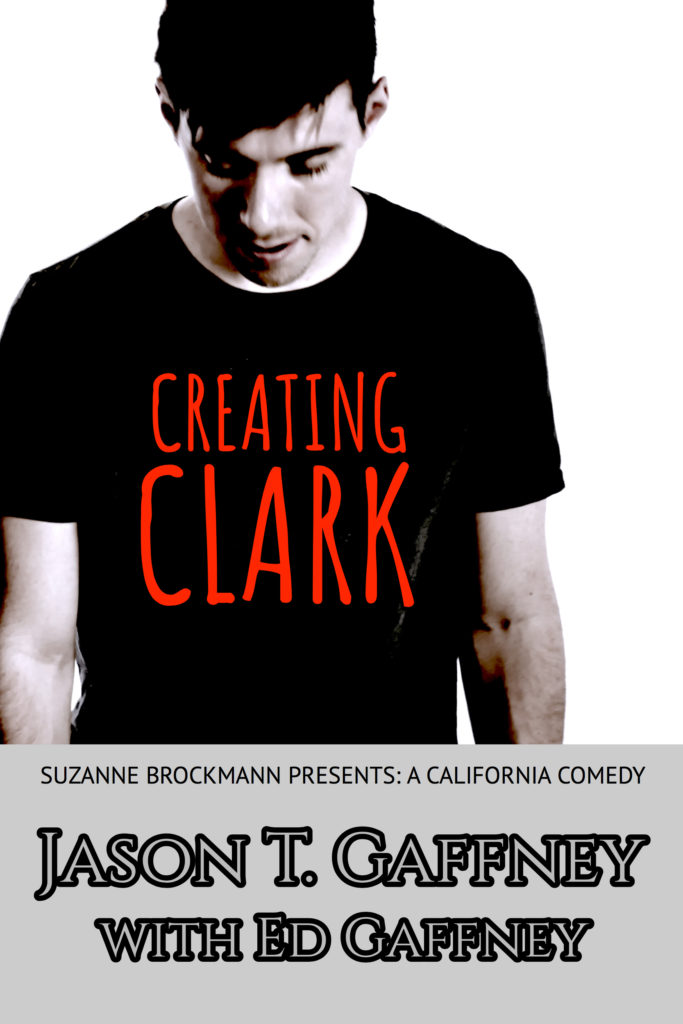 When a handsome actor gives a nerdy friend a Cinderella makeover to help him catch the attention of an attractive man, their lessons in love go a bit too far, putting their longtime friendship at risk. 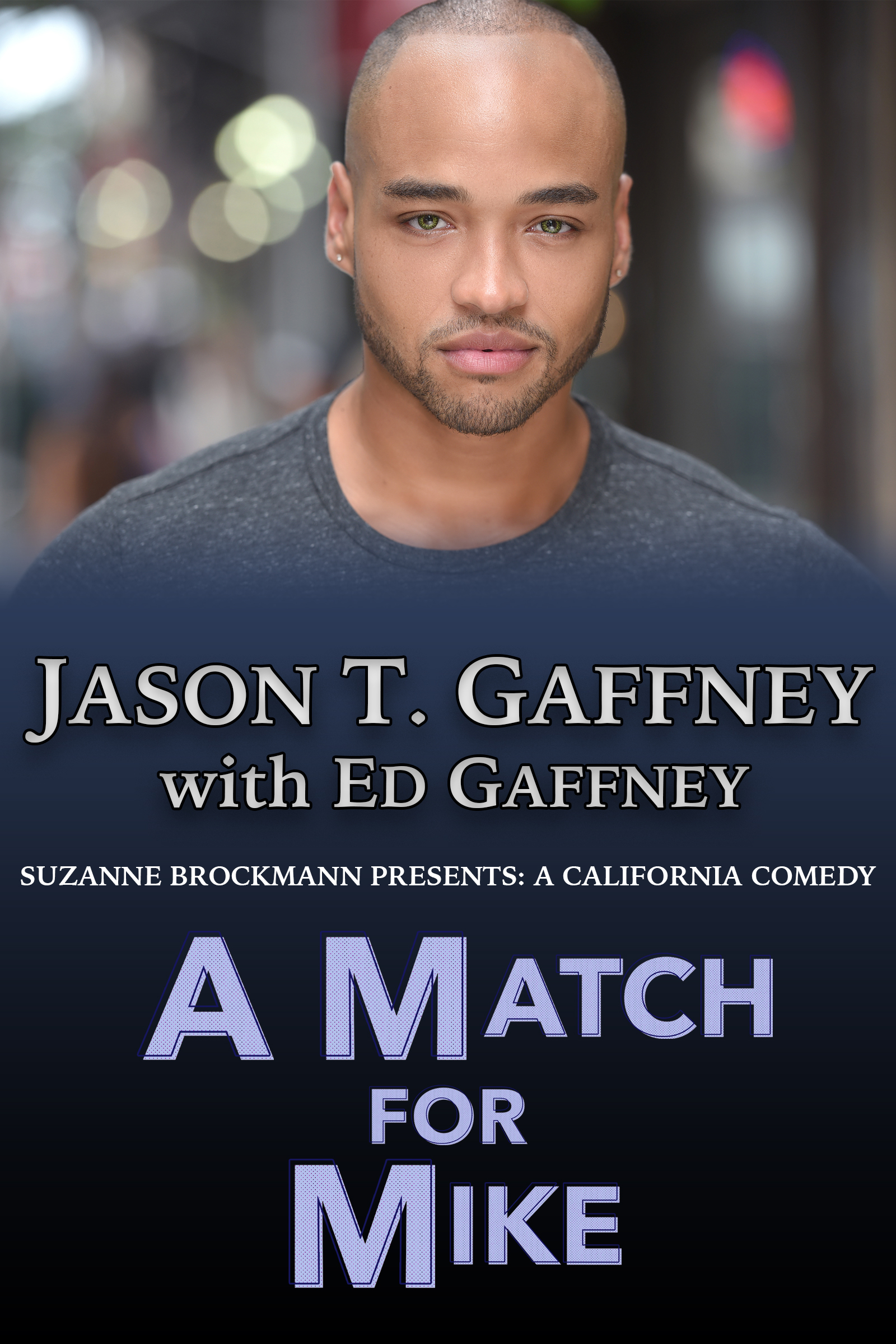 A Match for Mike

Two reality show contestants learn that their embarrassing past has been discovered by the show’s producers, and pretend to be engaged to avoid further humiliation.

Beantown West owner Clark Benson has completely made-over the sweet little coffee shop he’d inherited from his grandfather, turning it into a thriving local SoCal business. But his social life remains a hot mess. When he can’t even get up the nerve to talk to an attractive man who’s caught his eye, he turns to a longtime friend for help.

Actor Hunter Westbrook’s handsome face, hot body, and smooth charm have brought him a bounty of quick hookups throughout his short life. But lately the heat of the moment turns rapidly into a morning of regrets, and he’s just embarked on a Year of No to figure out exactly who or what it is that he wants.

When his nerdy friend Clark asks him to be his personal fairy godmother, Hunter reluctantly takes on the challenge. He gives Clark a full Cinderella makeover—from manscaping to new wardrobe to laughter-filled lessons on how to flirt with hot guys. But when those lessons in love go too far, neither Hunter nor Clark is willing to admit that their perfect Prince Charming has been right there, all along… (About 33,000 words or 150 pages, available in all e-formats, and print-on-demand paperback and hardcover)

A Match for Mike

Attorney Mike Davis has everything he’s ever wanted—a great job, a beautiful condo in LA, financial security. But when a work assignment brings him back to his family’s vacation home in small town Dancing Elk, he comes face to face with his estranged childhood friend, Jeremy.

Handyman and amateur photographer Jeremy Schofield grew up in sleepy Dancing Elk, and got used to being left behind when vacations ended and the visiting families went back home. As a child, Jeremy lived for the long, lazy summer days when his best friend Mike was in town. Mike was his match in so many ways—he’d even learned sign language to communicate with Jeremy, who is Deaf. But the year they turned seventeen, both Jeremy and Mike fell under the spell of the same boy, and when Mike left, he left for good.

But now Mike’s back, and he needs Jeremy’s help to repair an important client’s estate. Sparks fly and passion ignites as the two former friends work together to deal with a collapsing floor, a stray alpaca, and an elderly woman with the worst plumbing in California.

Mike begins to realize that his perfect life isn’t so perfect without laughter and love, but Jeremy’s unwilling to risk being left behind again… (About 34,000 words or 16o pages, coming soon in all e-formats, and print-on-demand paperback and hardcover)

First grade teacher Terry O’Dell is thrilled when he’s chosen as a contestant on Fixing Our Future, a popular reality web series where the winner raises money for charity. A few weeks of light-hearted challenges and fun competition is exactly the kind of distraction he needs to get over his breakup with his fiancé. But when Terry learns that handsome landscaper Frank Vacca is another contestant on the show, his excitement turns to dread. Because Terry’s ex ran off with Frank’s ex. It’s only a matter of time before their embarrassing personal history is exploited by the show’s producers, in hopes of going viral with on-camera tears and maybe a table flip or two.

But Frank is not the kind of guy who waits for life to happen to him, and he decides to fight fire with fire. When their secret is exposed, he impulsively declares that he and Terry are better than ever, because they, too, have hooked up—in fact, they’re engaged. Already popular, the pair instantly becomes internet royalty. Of course it’s all a sham, and only a matter of time before the truth comes crashing down. But then, Frank and Terry—long at odds and constantly arguing—actually begin to fall for each other. And that’s when things really start to go wrong…

Meet the authors: The son/father writing team of Jason and Ed Gaffney! 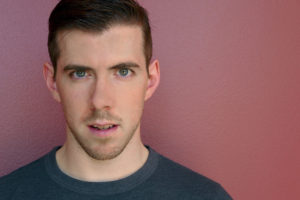 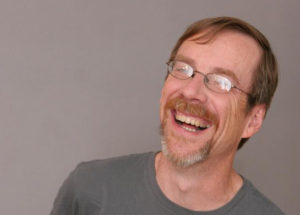 Jason T Gaffney is waiting for the sound of the Tardis to ring out, calling him and his husband Matt to travel through space and time. Until then, he enjoys storytelling. This comes naturally to him as the son of New York Times bestseller Suzanne Brockmann and Edgar Award nominated author Ed Gaffney (who is now Jason’s writing partner). Even Jason’s sister, Melanie Brockmann, has penned several books. (This family, right?)

Jason began his storytelling journey as an actor, when he realized—at age seven—that being on stage gives you the best seat in the house. Since then, he hasn’t looked back. He recently expanded his acting playground by turning to film, where he co-wrote and starred in the award-winning LGBTQ feature-length movie, The Perfect Wedding, a sweet boy-meets-boy rom-com. Watch for his appearance in the LGBTQ thriller, Russian Doll.

Recognizing that he hit the jackpot with his equality-minded family, Jason hopes to change the world so that no LGBTQ kid ever needs to fear coming out or loving the person they love. He decided the best way to help make change happen was to write stories set in a world where LGBTQ people are not only accepted but respected, valued, and loved. He plans to keep acting and writing and trying to make the world smile for millennia to come.

Before he began his career as a writer, Ed Gaffney spent the better part of two decades working as a (secretly hilarious) lawyer, most often as a court-appointed, criminal appeals attorney. Thanks to the help and support of his wife, New York Times bestselling author Suzanne Brockmann, Ed began writing critically acclaimed legal thrillers (his latest, Enemy Combatant, was nominated for an EDGAR Award). He then turned exclusively to collaboration with family members, and has since co-produced and co-written with Suz (and occasionally with their son, Jason T. Gaffney) the stage play Looking for Billy Haines, which ran off-Broadway for 10 weeks in 2010, the award-winning LGBT romantic comedy The Perfect Wedding, and the lesbian thriller, Russian Doll, which Ed also directed.

Most recently, Ed has been working with Jace on his California Comedy series of LGBTQ romantic comedy novellas. He especially loves the comedy in romantic comedies, and the equality in writing books where love is love, and love always wins.

A long-time LGBTQ-rights activist and ally, Ed served on the board of MassEquality, the organization that helped win marriage rights in his home state of Massachusetts.

More about Jason and Ed, from the “Dear Reader” note at the end of Creating Clark:

Yes, you read our bios right. My name is Jason T. Gaffney and I write m/m romantic comedies with my father.

Let’s cut right to what we know is gonna be our hottest-burning, most frequently-asked-question: Who writes the love scenes?

Mostly me, but really, we both do. We both write all parts of each book—sometimes we giggle, sometimes we belly-laugh, and every now and then one of us covers our eyes and goes “lalala!”

Along with being a writer, I’m also an actor. I won the part of “tiniest pickpocket” in a semi-pro production of Oliver! at the tender age of seven, and never looked back. I went to school in New York City for musical theater (as one does!), before I finally moved west to LA.

My dad’s been my writing partner for years. He’d written a pile of legal thrillers, including the EDGAR finalist ENEMY COMBATANT, before he focused on writing screenplays. A few years back we teamed up to write our award-winning movie, The Perfect Wedding (Watch it on Netflix!)—and we liked working together. We really love writing romance novels with their guaranteed HEAs (happily ever afters). This world needs more of those.

My mom is a romance writer, too. Some of you might know her as New York Times bestselling author Suzanne Brockmann. If you’ve been reading her novels for a while, then you probably first met me in the dedication to her book, Hot Target. (If not, check out Hot Target! Back when I was little, my mom created an out, gay FBI agent hero named Jules Cassidy in her mainstream romantic suspense “Troubleshooters” series. Jules saves the day in almost every book in the still-ongoing series, and in Hot Target, he finally meets his Mr. Right.)

And if you just stumbled onto Creating Clark because of the blurb or the cover art (That is, indeed, me on the front cover of Clark! FAQ #2 answered! Boom!) then you need to know this: I was born into a crazy, creative, warm, loving, noisy, artistic, theatrical house that was overrun with writers and actors and musicians—where all who entered were encouraged to be themselves, and to dream big.

The way my mom tells the story is that she and my dad squinted at me when I was about three years old, and then they both immediately got to work to make the world a safer place for LGBTQ people. Because, yeah. They saw me. They saw me. And they worked hard to make our home, our town, our state, our country, and our entire world as welcoming as possible for everyone.

Just last summer, when marriage equality finally became a national American value, I was at my parents’ home in Massachusetts. We were in heavy pre-production for our latest indie movie (Writing an m/m romance with my father is not the strangest project I’ve done! I play a sadistic kidnapper in our latest film, Russian Doll, which will be screening at LGBTQ film festivals very soon!), and of course we stopped work and popped open a bottle of champagne.

That victory was twice as sweet because we’d been there from the start—at candlelight vigils and Pride events at the Boston State House in Massachusetts, back when equal marriage was a pipe-dream. (Except it never was for us. My mom and dad vowed that they’d dance at my wedding. And this past spring, they did! I’m newly married to an amazing, wonderful man named Matt, and we’re living our own HEA in Southern California! FAQ #3!)

When my dad and I sat down to write Creating Clark, I wanted to set the book in that same world where I grew up—a welcoming, affirming, respectful world, where love is recognized as the truly amazing gift that it is.

So, welcome to our “California Comedy” series, and welcome to my world!

Once, again, thanks for reading Creating Clark! And thanks, too, for taking the time to sprinkle stars madly around wherever you buy your e-books!

Don’t forget to sign up for our enewsletter! And do check out my website at www.JasonTGaffney.com, or drop in to my Facebook page, or say hey to me over on Twitter @JasonTGaffney. I love chatting with readers!

Yours in love and laughter,