Blame It on Rio

When Navy SEAL Rio Rosetti is approached by Casey Esparza in a grocery store parking lot, he realizes two things: the famous actress has mistaken Rio for his gay cousin Luc; and Rio’s got to keep up the pretense to protect his teammate Dave from getting his heart re-broken by Casey’s hot mess of a brother, Jon.

As a SEAL, Rio’s days are filled with adventure and risk, but now, as Dave’s fake boyfriend, he’s facing a different challenge. His life is suddenly a rom-com movie with an added twist as Rio finds himself falling hard for Casey.

Casey Esparza’s acting career has been like a fairytale. Her iconic role in a cult science fiction TV show brought her fame, fortune, and millions of social media followers. Her personal life, however, is a different story—her brother Jon is a dumpster fire and her romantic life is grim. Her instant connection with her friend Dave’s easy-going new boyfriend Luc is a breath of fresh air.

Rio knows honesty means everything to Casey, and that for him to stay in her life—as Rio—he needs to end his masquerade very carefully. But when Jon’s unsavory past catches up to them and Casey’s in danger, Rio is ready to risk everything—even his future with her—to keep her safe.

The tall, dark, and dangerous Navy SEALs of Team Ten are back—with Suzanne Brockmann’s signature blend of love, laughter, and a hint of danger in Blame It on Rio. 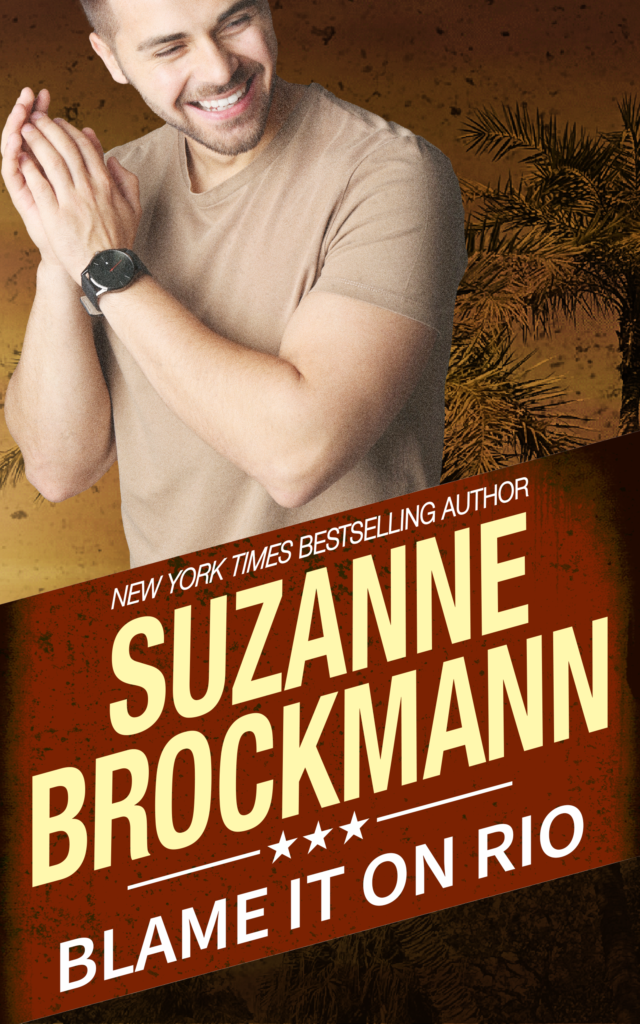