Hey, I know I *just* sent you an e-newsletter… 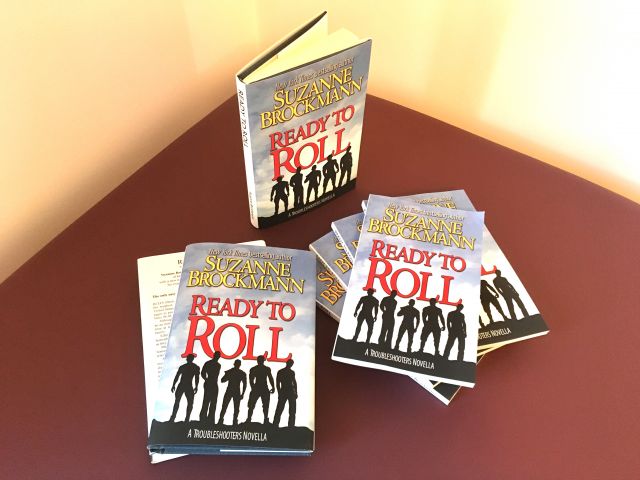 But many of you were waiting for news about the print editions of my new Troubleshooters novella, Ready to Roll, and it’s finally available in print from both Amazon and B&N! (Yay!) I can also announce that the audiobook editions of both Ready to Roll and Home Fire Inferno will soon be available via Blackstone Audio, read by Patrick Lawlor and (hopefully!) Melanie Ewbank! (Double yay!)

And… the second installment of the California Comedy series, A Match for Mike, is also now available in e-book, with POD coming soon! 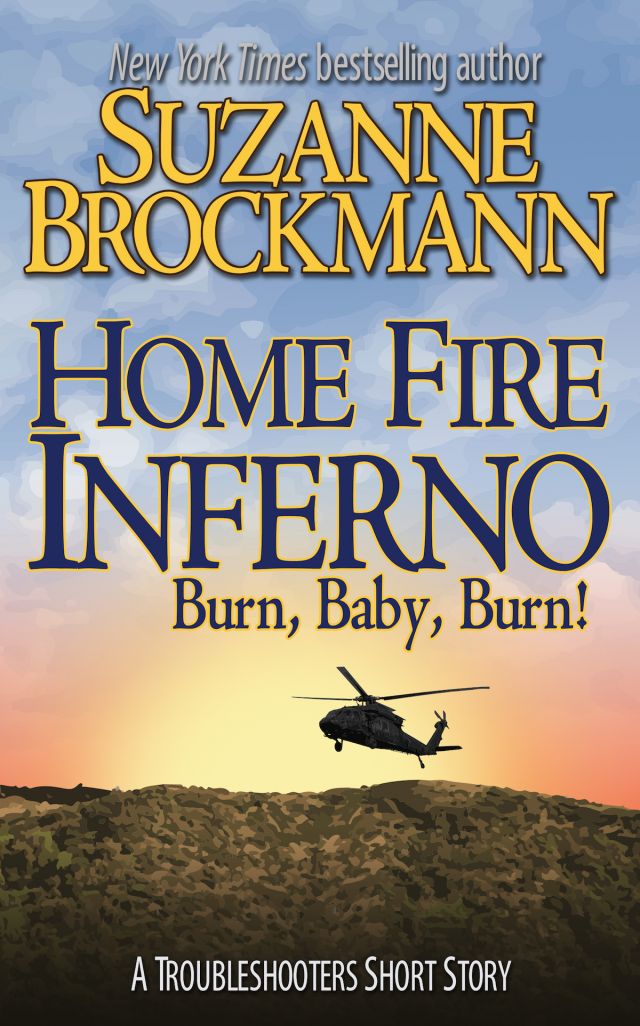 Finally, I’ve reissued Home Fire Inferno (Burn, Baby, Burn!), the second installment in the trilogy of Izzy-Zanella-centric shorts that starts with Free Fall and ends with Ready to Roll. I hadn’t realized—until very recently—that the charity anthology in which this story was originally published had gone out of print in most e-formats. So my brilliant cover art guy, Scott Fowler, immediately got to work so that I could get this to you, ASAP! Now all three stories are available in e-book!

Read on for details and links!

Ready to Roll:
Trade paperback print editions are available via print-on-demand from CreateSpace and NookPress:

Hardcover print editions are also available via print-on-demand from NookPress.

Note: Print on demand is cool. It allows authors to release indie books like Ready to Roll, and get them into the hands of readers who don’t read via e-book. The standard format is a trade-size paperback (mine are 5.5”x8.5”), but NookPress also makes a hardcover edition. It’s lovely, but expensive! 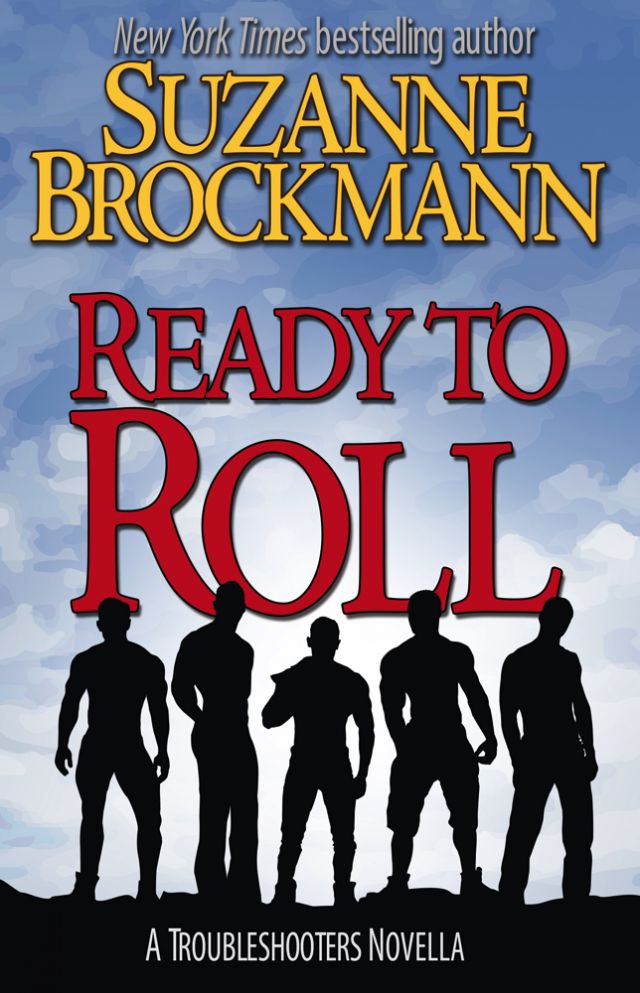 A Match for Mike, Book #2 in the California Comedy series is here! 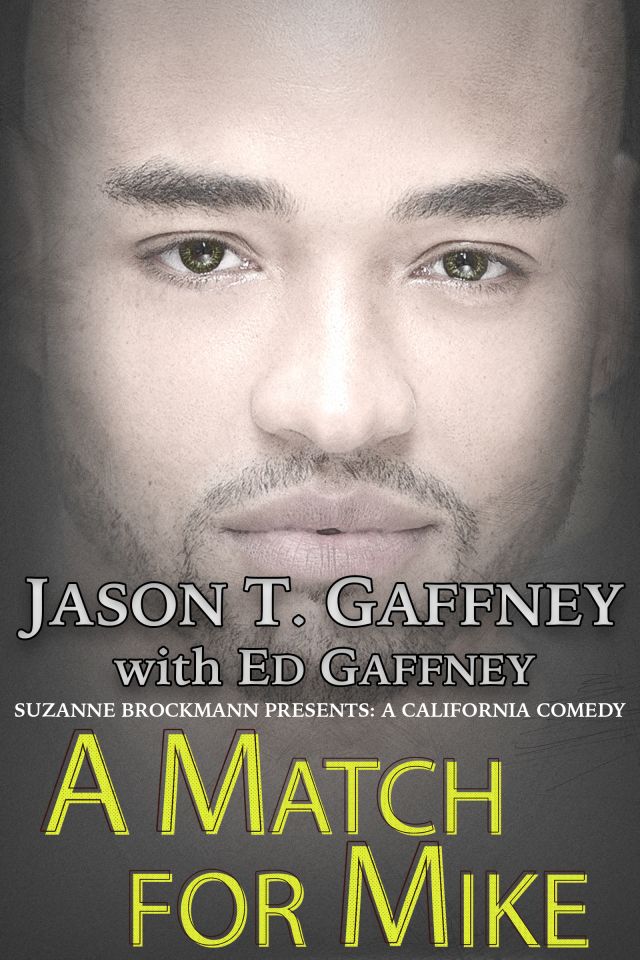 I’m the editor and publisher (the line is called “Suzanne Brockmann Presents!) of this really fun project written by my son, Jason, with help from my husband, Ed.

Jason and Ed are screenwriters—together we all co-wrote our movie, The Perfect Wedding, a sweet little boy-meets-boy romantic comedy in which the fact that the two heroes are gay doesn’t create any conflict in the story. Don’t get me wrong, there’s plenty of conflict and hijinx in our movie, but it doesn’t come from any issues with anyone’s sexual orientation.

But making a movie is freaking expensive. We Kickstarted our second movie (a shout out to all who helped! TY so much!), an LGBTQ thriller called Russian Doll, written by Ed. But even with literal help from our friends, we’re still working on a seriously tight budget, which makes post-production take forever!

So Jason approached Ed (or maybe Ed approached Jason…?) with the idea of writing m/m romances that are essentially classic 90-minute-long feel-good rom-com movies, only in novella form. I chimed in, “That sounds exactly like a category romance,” and voila, the “Suzanne Brockmann Presents” line of m/m category romances was born!

Our goal with these books is to deliver both the funny with the traditional rom-com happily ever after, with a few euphemistic happy-endings along the way! 🙂

Again, we’ve set these stories in a world where the conflict—and the comedy—isn’t based on the heroes’ being gay.

Special note: we’re absolutely not saying that coming-out or even inability-to-come-out-yet stories aren’t still vitally important in today’s romance genre. But Jason wanted to write stories that reflected his own experiences, growing up in a welcoming and supportive world. The California Comedy series features the voice of a young gay man who is profoundly comfortable in his own skin, living a life of truth in the sunlight! (Gotta love that!)

And as long as we’re talking #OwnVoices, A Match for Mike also features a Deaf hero. Again, Jason writes from his experience growing up and living his life hearing impaired, with his strong connection to the Deaf community. (If you haven’t seen one of Jace’s sign language videos on YouTube, here’s a link to my favorite: https://youtu.be/TGPeyrGucYg  And yeah, that’s tied with my other favorite, filmed during one of Jason’s ASL classes:  https://youtu.be/Ai9rFjscWHQ )

Plus all that authentic goodness comes with a serious helping of funny.

Here’s the blurb for A Match for Mike:

Attorney Mike Davis has just about everything he’s ever wanted—a great job and a beautiful condo in LA. Basically, he’s all set—except for the fact that romance disappeared from his life some years ago, and hasn’t been heard from since. So when a work assignment brings him to the small mountain resort town of Dancing Elk, the home of his estranged childhood crush, Mike expects his nonexistent love-life to go from bad to awkward mess.

Handyman and amateur photographer Jeremy Schofield grew up in sleepy Dancing Elk, and got used to being left behind when vacations ended and the visiting families went back home. As a child, Jeremy lived for the long, lazy summer days when his best friend Mike was in town. Mike was his match in so many ways—he’d even learned sign language to communicate with Jeremy, who is Deaf. But the year they turned seventeen, both Jeremy and Mike fell under the spell of the same boy, and at the end of that summer, when Mike left, he left for good.

But now Mike’s back, and he surprises Jeremy by asking for his help in repairing an important client’s estate. When the two old friends work side-by-side, sparks fly and passion ignites as a kamikaze bat, a collapsing floor, a stray alpaca, and an elderly woman with the worst plumbing in California conspire to bring them back together. (34,000 words or 130 pages)

(And yes, our cover model for A Match for Mike is the talented and brilliant David Allen Singletary, who also plays a small but pivotal role in Russian Doll. http://www.davidallensingletary.com )

So I discovered when I released Ready to Roll that many of you had not yet read Home Fire Inferno, the second story in a connected trilogy of Troubleshooters shorts and novellas.  HFI was originally published in a charity anthology of military romances called Way of the Warrior, in which money raised went to support wounded military veterans.

But when RtoR came out, I realized that Way of the Warrior had gone (mostly) out of print. (It’s no longer available in the Kindle or Nook formats, and the other formats will vanish soon, too. You can still pick up a copy of the mass market print edition, but only until the current inventory is gone!)

Because of this, I’ve rushed to reissue Home Fire Inferno in a special e-book edition, in which $1 for each e-book sold will still go to support veterans. (Thank you for helping me do that!)

And… just as many of you might not have read Home Fire Inferno, you may have missed Free Fall, too.  (If so, that’s kinda cool, since you can now go directly from reading Free Fall to Home Fire Inferno to Ready to Roll!) 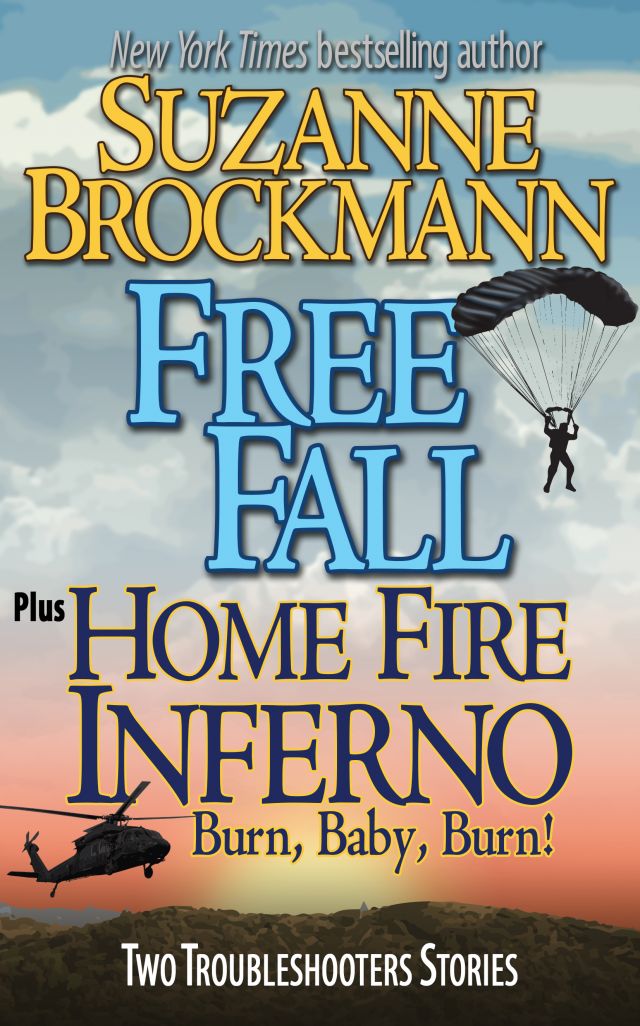 In anticipation of the burning question: But what about readers who prefer print?

Fear not, but please be patient!

In a few months, I’ll be releasing a 2-in-1 print-on-demand edition of both Free Fall and Home Fire Inferno. In fact, the cover’s ready—you can see it here!  (I’ll email you again when it’s available!)

Don’t forget that my next full length Troubleshooters novel, Some Kind of Hero will be available in hardcover and ebook from Ballantine Books on July 11, 2017. You can preorder it now!

And here are the links to preorder Some Kind of Hero!
Kindle:  http://amzn.to/2cLcXhQ
Nook: (Not yet available!)
Kobo:  kobo: http://bit.ly/2dhOMTW
iBooks: http://apple.co/2e87stD

Okay, readers and friends. That’s all for now! Please feel free to email, blog, post, tweet, and/or share any or all of my news with your social circle!  In fact, I appreciate it enormously when you do!

As always, thanks so much for your ongoing support!