“I’m going to have Emilio give you a call,” Chelsea decided. “He can give you a crash course in international banking.”

“Oh, yes, it is. What are you going to do when my father starts asking you questions about the Italian economy?”

“I’ll do this.” Johnny leaned forward slightly, bringing his finger up to his lips in a gesture of silence. He spoke with a faintly foreign-sounding accent. “Shhh. Today is a day of pleasure and celebration, not business. We will talk of such things another time.”

Her graceful lips quirked upward in a smile and she snorted, trying not to laugh. “I hate to break it to you, but you sound like Mr. Rourke from Fantasy Island.”

“Hmmm. Do you speak any Italian?”

Johnny rubbed his chin. “Only a few phrases. And definitely nothing I can toss out at your wedding reception, believe me.”

She began searching for something in her purse, glancing at him out of the corner of her eye. “I guess Mr. Rourke will have to do.”

Johnny stretched his legs out in front of him and crossed his ankles. “So which of my tuxes do you want me to wear on Sunday? The light blue polyester or the maroon velvet?”

The look on her face was priceless. She actually believed he was serious.

“I’ve got this pink ruffled shirt that goes great with either of ’em…” he continued, unable to keep from smiling at her look of total horror. “Chelsea, I’m kidding. Black. My tuxedo is black. I was just getting back at you for saying I sounded like a character from a bad 1970’s TV show.”

“But I loved that show. I adored Mr. Rourke… Until he turned into Kahn and killed Mr. Spock in Star Trek II.” She paused. “You did say your tuxedo is black, right?”

“Black and only a year old. Right in fashion. Designer label. Fits like a glove. Women faint when I wear it in public.”

“I’ll bet.” She found whatever she was looking for in her purse, pulled it free and handed it to him. “Here, Don Giovanni, try this on for size.”

It was a jeweler’s box, covered with soft black velvet. It was a ring box. Johnny popped it open, and there, inside, was a gleaming golden band. He looked up at Chelsea, suddenly subdued. She, too, had fallen silent.

This was a wedding ring. An age-old symbol of commitment and love. But Chelsea was joining him in holy matrimony on Sunday, and neither of them were expecting either.

“I tried to guess your size,” she said softly.

The ring was gorgeous in its simplicity. Johnny ran one finger lightly over it, but when he pulled it from the box, he fumbled and dropped it onto the plush carpeting.

Chelsea bent over and picked it up. “Here,” she said, reaching for his hand.

She slid the ring onto his finger.

It seemed far too intimate an act. Far too personal for two people who barely knew each other. Chelsea looked up into his eyes and, for Johnny, time seemed to stand still.

“It fits,” she whispered, still holding his hand.

It did fit. Snugly. Perfectly. About as perfectly as her hand fit in his.

“Good guess,” he said. His voice sounded odd, too. Breathless.

“Mr. von Reuter will see you now,” Mrs. Mert announced, appearing suddenly, like a specter from the mist.

Chelsea jumped and dropped Johnny’s hand as if he’d burned her.

Johnny looked down at the ring he was wearing on his left hand.

On Sunday, he was going to get married. He should be searching his soul, questioning the moral implications of so casually entering into one of the Holy Sacraments. He was, after all, at least half Catholic.

But instead, all he could think was how much he couldn’t wait to kiss the bride. 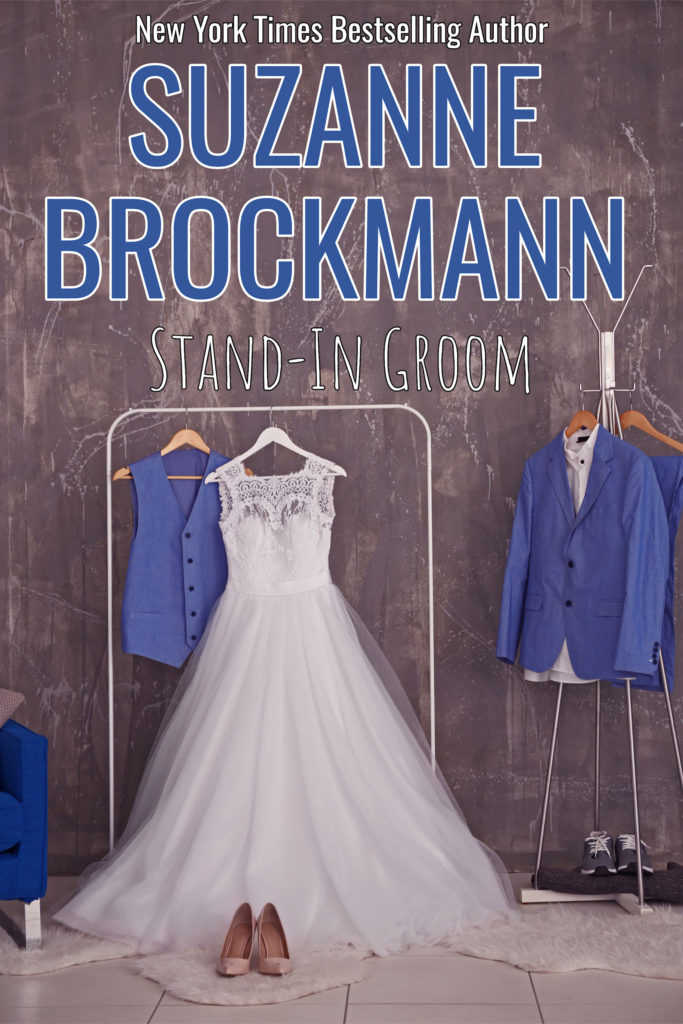 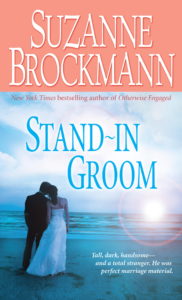 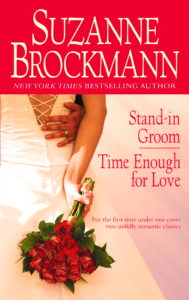