A Marriage of Convenience…

Chelsea Spencer doesn’t want to get married—not now, not ever—but she’ll inherit a small fortune once she’s legally wed. She needs the money to keep her fledgling computer software company afloat, and she’s made a careful plan to tie the knot with a friend. But now the groom’s gotten cold feet—and Chelsea needs a stand-in, fast.

Cue tall, dark, and happy-go-lucky Johnny Anziano, a gourmet chef who drives a Meals-on-Wheels truck through the less-than-stellar neighborhood where Chelsea rents office space. He’d asked Chelsea out after rescuing her from a gang of purse-snatching kids, and she’d turned him down. He wanted to take her to dinner, but now she proposes—literally—an intriguing alternative. Fake-marry her in front of her wealthy parents and their six hundred wedding guests, then fly to Vegas to get married for real—and take a cut of the inheritance. And then, in a few weeks, they’ll get the whole thing annulled.

Johnny’s done some crazy things in his life, but meeting at the alter for a first date just might take the cake. Still, there’s something about Chelsea Spencer that makes him say yes.

But when the minister says “You may kiss the bride,” and Johnny delivers, Chelsea realizes that she just might be in over her head…

Set in 1997, Stand-In Groom is a full length novel of 56K words originally published in 1997, by Bantam Loveswept. 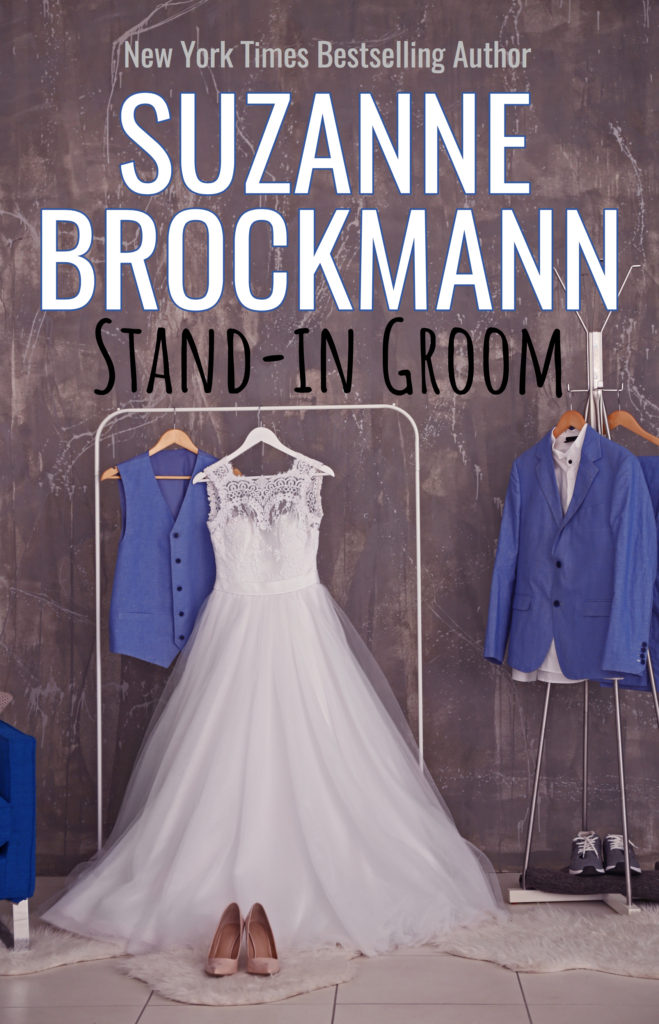