Jess stepped on something hard and cold.

Bending down, she picked it up, turning to look at it in the candlelight. It was seven inches long and thin, made of metal, with criss-crossed lines scored into it, as if it were some kind of handle. “Rob, what’s this?” she asked.

He sprang off the bed. “Careful–”

A deadly, sharp-looking knife blade shot out from one end of the handle, narrowly missing her fingers. She fumbled it, lost hold, then jumped back to keep the knife from stabbing her in the foot. It landed blade down, stuck into the wooden floor, quivering slightly.

Jess stared from the knife to Rob. It was the knife she had seen him holding earlier that night — the knife he’d held to her throat when he’d thought she was someone breaking into his apartment. It was bigger and sharper than she remembered. It looked deadly and seemed to shimmer with an aura of violence.

Rob pulled the knife out of the floor and released the catch. The blade slide back into the hilt with the quiet sound of metal on metal. “It’s my switchblade,” he said softly. He tried to make a joke out of it. “You carry a Swiss army knife in your purse. It’s kind of the same thing.”

“Illegal?” Rob finished for her. He met her gaze steadily, as if daring her to comment. “Yeah. It’s a concealed weapon. It’s illegal.”

But Jess didn’t say a word. She just watched him, silently willing him to tell her more. But he turned away to put the knife inside one of his shoes, pushing them both out of the way. She watched as he sat down on the edge of the bed, elbows on his knees, as he lowered his head and ran his hands through his hair. When he looked up at her, she knew that he wasn’t going to volunteer any more information.

She could see the tension in his neck and shoulders, and she climbed onto the bed behind him and began gently rubbing his back. He glanced over his shoulder at her, surprise in his eyes.

It was clear he’d expected the third degree, not a backrub. Still, there were questions that needed to be asked.

“Why do you carry it?” she asked quietly.

“I can’t tell you that,” he said, his voice so low she almost couldn’t hear him.

“Okay,” she said. The muscles in his shoulders were way too tight. She massaged him harder, trying to loosen them.

Jess shrugged, forcing herself to smile at him. They’d just shared the most intimate physical act. Why wouldn’t he share his secrets with her? “You said you couldn’t tell me. So, okay. What am I supposed to do, Rob — whine? I don’t think so. And using Chinese water torture isn’t my style either. I can’t pretend it doesn’t frustrate me, because it does. I hope that some day you’ll tell me. Maybe someday you’ll trust me enough to tell me all about yourself.”

Rob reached for her, pulling her onto his lap and holding her close. It’s not about trust, he wanted to tell her, but he couldn’t. He couldn’t begin to try to explain, because he could never tell her any of it. He felt her arms around his neck, holding him closely, comforting him — even though he wouldn’t tell her why he needed her comfort.

He knew with a certainty that frightened him that he could continue this relationship with Jess for weeks, months, maybe even years, and she would respect his privacy and not demand answers to her questions. But she would be hurt. Every time he didn’t tell her something, every time he couldn’t answer one of her questions, she would think that he didn’t trust her.

God, Jess’s quiet understanding and gentle acceptance was exactly what he needed. And because of that, he had to end this now, before the temptation pulled him in too deep. Because that was exactly the kind of relationship that she didn’t need.

She also didn’t need him to tell her that their lovemaking had been a major mistake — at least not right now, not tonight. But God help him, he couldn’t stay here with her. He couldn’t bear the thought of sleeping with her in his arms, of waking up to her gentle smile and the welcoming softness of her body. The temptation would be too great. And each time he gave in and made love to Jess, the harder it would be to leave.

He had to get out of here. Now.

He gently disengaged her arms from their hold around his neck. “You better check on Kelsey,” he reminded her. “And it’s nearly three-thirty. I should go,” he added, nearly choking on the words.

He steeled himself against the disappointment in Jess’s eyes and nodded. “I’d like to stay all night,” he said, and it wasn’t a lie. He would’ve sold his soul to make things different, to make it possible to stay with her. “But I know you probably don’t want Kelsey waking up to find me in your bed.”

The disappointment in her eyes faded and she nodded. “Good point,” she said. “It’s kind of sudden to just spring something like this — like us — on Kel.” She smiled. “Although I happen to know that she adores you. She’d like to see us together.”

Jess stood up, and this time she made it all the way across the room to her closet. She slipped on her bathrobe and tied the belt. “I’m going to check on Kelsey,” she said. “I’ll be right back.” She crossed to the door and when she put her hand on the knob, Rob spoke.

She paused, looking at him. He stood, his naked body strong and beautiful in the dim light. Shadows fell across his face, accentuating his cheekbones and his sensuous mouth. A lock of disheveled hair fell over his forehead. His brown eyes had a sad, haunted look.

“Only in my wildest dreams did I ever imagine we’d make love,” he said.

Their eyes were locked, and slowly he moved forward, as if hypnotized. She turned as he pulled her toward him, cupping her face with his hands. He kissed her then, slowly and so sweetly. Jess felt her heart flip in her chest.

She nodded, understanding, feeling the familiar tug of heat and desire at his touch. If he didn’t leave now, they’d make love again, and Kelsey would find them together in the morning. And then, Lord help her, the little girl would start addressing wedding invitations.

“I’ll see you in the morning,” Rob said, quickly pulling on his pants and gathering up the rest of his clothes.

He opened the bedroom door and disappeared down the darkness of the hallway.

Jess heard the kitchen door open and then close as she tiptoed into Kelsey’s room. The child’s hair was matted with sweat despite the battery-powered fan that Rob had put in the window.

Kelsey shifted positions, still sound asleep, and Jess kissed her on the cheek.

Then she went back into her room, found her night shirt from the floor and climbed into bed.

It was the same bed she’d slept alone in for years, but it suddenly seemed much, much too big.

It was nearly dawn before she finally closed her eyes. Just as she was drifting off to sleep she was roused by a car engine. It was Rob’s car, and he was pulling out of the driveway.

Jess sat up, suddenly wide away.

Was Rob restless, too restless to sleep — the way she was? Or did he have someplace to go, someone to see?

The aura of mystery that surrounded Rob like a cloak seemed to thicken, suffocating Jess with the uncertainty.

Who was this man she was falling in love with?

And where was he going at four o’clock in the morning? 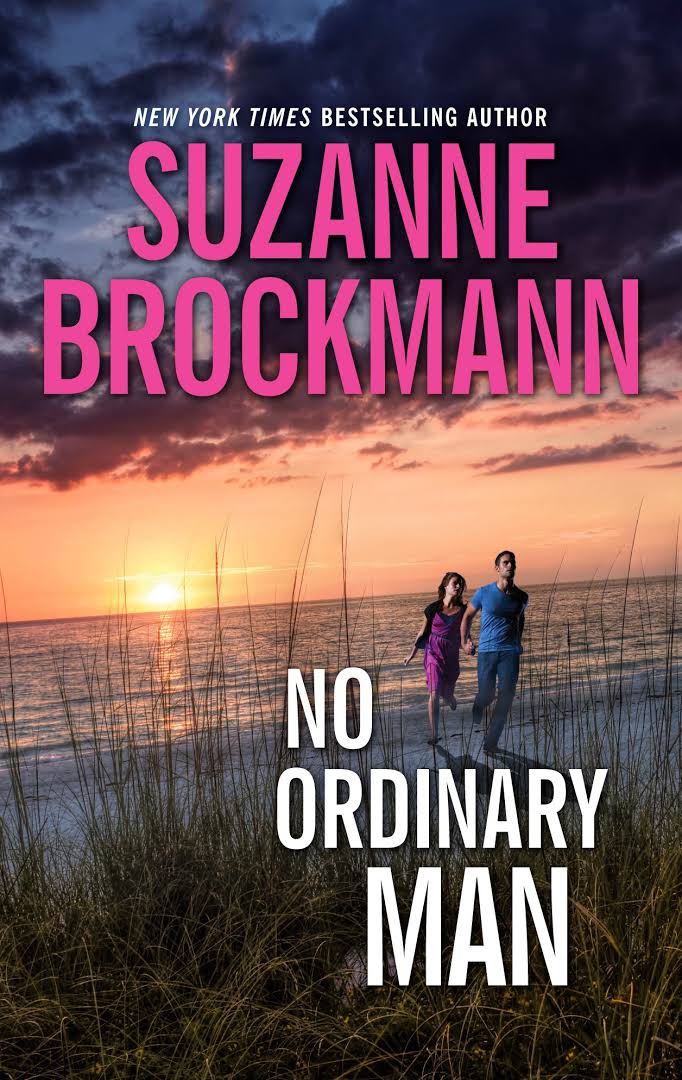