Leila Hunt spent her childhood plotting her escape from small-town life on Sunrise Key—when she wasn’t being teased and tormented by her brother Simon and his friend with the annoyingly sexy British accent, Marshall Devlin.

Now Marsh is the remote island’s only doctor—and his year’s been less-than good. His house burned down so he’s staying with Simon, and many of his local patients—some of which have four legs and a tail—don’t have the means to pay. Still, he loves his small-town life with one exception—he misses his lively arguments with Leila.

Leila lives and works in New York City, but her life, too, is anything but complete. She’s actually considering a loveless marriage with a colleague—until a holiday visit home turns her world upside down.

At Simon’s annual New Year’s Eve masquerade party, Leila’s dressed like Cinderella. But instead of fleeing at midnight, she’s kissed by a masked man in a ninja costume and he’s the one to run away—promising his swift return. When he doesn’t come back, Leila’s left wondering if the magic she felt from that stranger’s kiss could possibly be real. With Marsh’s “help,” she sets out to track down her ninja, little realizing this man with whom she’s sparked and sparred for years has the power to set her world aflame.

Set in 1996 in fictional Sunrise Key, Florida, Kiss & Tell is the first book in the Sunrise Key trilogy, which includes The Kissing Game (#2) and Otherwise Engaged (#3). Kiss & Tell was originally published in 1996. 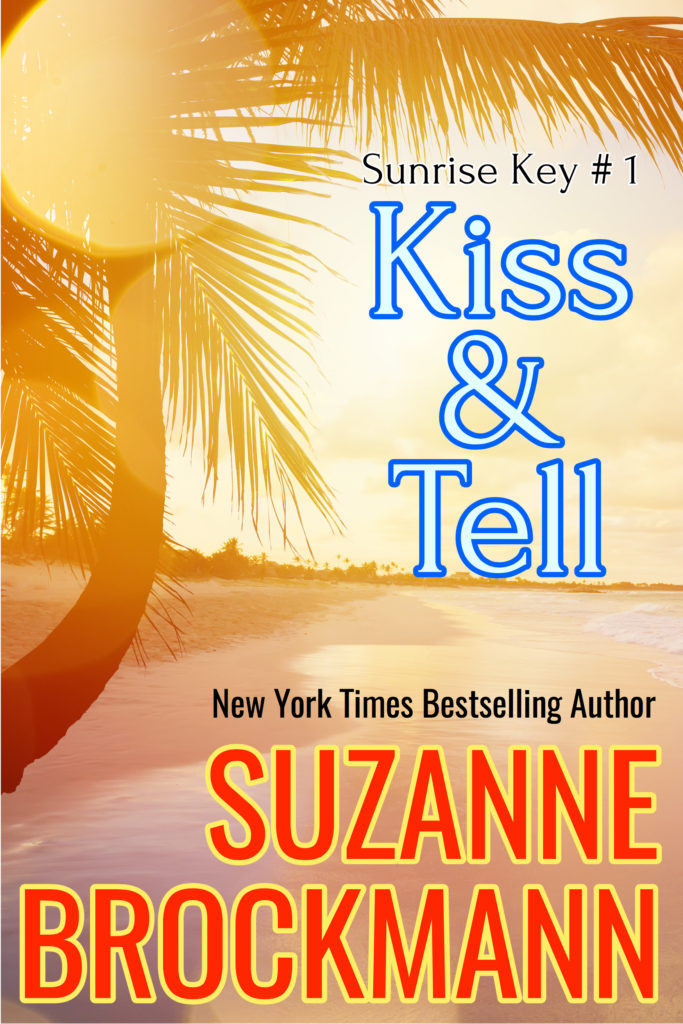 “A dilly of a love story. Brimming with snappy dialogue and sizzling sensuality.  4 and 1/2 stars and WISH Award.” Melinda Helfer, Romantic Times.