Countdown to Born to Darkness

until Born to Darkness
hits bookstores and eReaders.

I’ve got some fun things planned for this countdown, but we’re going to start the same way I’ve started my official countdowns for many, many years — with a cast list of (some, not all of the) characters who appear in BORN TO DARKNESS. (You didn’t really think I’d reveal everything, did you?)

And of course, all of these people are new to you. But I think eventually you’re going to like them as much as I do, so… (You’ll see more of them in the books that follow BORN TO DARKNESS, too.)

Everyone listed below is a POV character in BORN TO DARKNESS. (Scroll down to the note at the bottom of the page, if this makes you go “Huh?”)

Born to Darkness Cast of Characters: 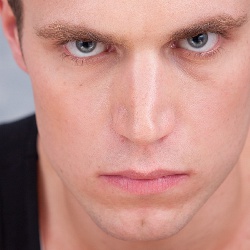 Our hero.
Age: 28
Hair: Reddish Blond
Eyes: Perfect-Cloudless-Sky Blue
A former U.S. Navy SEAL lieutenant, Shane has been blacklisted by the corporate government. Down to his last ten bucks, he finally finds work as a test subject at the Obermeyer Institute, a medical and scientific research facility in Boston. 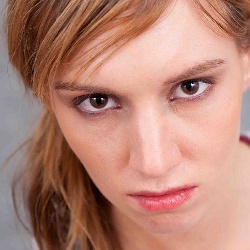 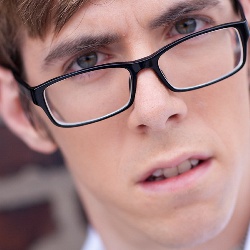 Mac’s best friend (and our new bestie, too.)
Age: 29
Hair: Light Brown
Eyes: Blue
Head of Obermeyer Institute’s prestigious research and support department, Elliot has worked at OI for seven years. Openly gay, quick to smile, upbeat and optimistic despite personal disappointments, Elliot is friends with nearly everyone he meets. 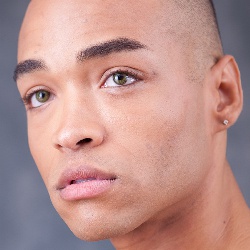 Age: Unknown
Hair: Dark Brown
Eyes: Ocean Green
Ridiculously handsome and quietly Zen, Diaz has been living, training, and working at Obermeyer Institute for fifteen years. Part of OI’s elite rescue team, he shares the job of XO with Mac, whose powers complement his own. 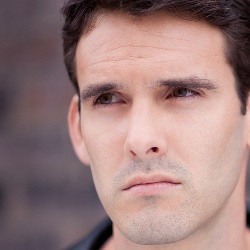 Leader of Obermeyer Institutes elite rescue team
Age: Unknown
Hair: Dark Brown
Eyes: Dark Brown
Tall, dark, and mysterious, Joseph Bach is one of the world’s most highly integreated Greater-Thans. Honest, honorable, and willing to lead from the front, he’s earned the respect of everyone at OI, but few call him friend. 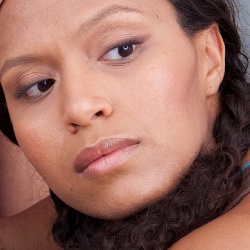 Fish out of water; girl next door
Age: 25
Hair: Dark Brown
Eyes: Dark Brown
When her sister Nika is kidnapped, Anna’s world is turned sideways. Nika apparently is something called a Greater-Than, in possession of incredible powers. If Anna wants Nika back, she’s got to start by trusting a mysterious man named Dr. Bach…

POV is writer’s code for point of view. I use something that I call “deep point of view” in my books. This means that I get deep inside of the characters’ heads and tell the story through their eyes, using their voices — their words and thoughts — as well as their interpretations of various events. I stay in one single character’s POV for each scene in this book.

So okay. Right about now — if you’ve been busy and you’ve missed my explanations about something I’m calling my “Born to Darkness Project,” you are saying, “Who are those people in those pictures?!?”

One of the most frequently asked questions I’ve gotten through the years is, “How would you cast a movie or TV series made from your book?”

It’s always fun to play that game — to cast the imaginary movie that plays inside of my head. But with Born to Darkness, I wanted to do something a little different. I wanted actually to cast not the movie, but the book. I wanted readers to see the characters in this new series close to exactly the way I imagine them.

Now, one of the things I did last year was to co-write and co-produce an indie film called The Perfect Wedding. (More deets about that experience later in the countdown.) But, short and sweet, my production company, small or LARGE Productions, hired a cast and crew, and this past June we shot a feature-length movie here in Florida, using a really cool digital video camera called the “Red.” I learned a lot from the experience, and one of the things I learned was how hard it is to make a movie, and how necessary it is to have many, many experts on hand, all adding their small but vital part of the process, in order to tell this story with production values that are as high as possible.

But one of the things I discovered that I liked doing was casting our movie. I learned how to hold auditions and how to select the right actor for the role.

So I used the skills I’d honed, and in September of last year, I held auditions and cast the six main adult characters from Born to Darkness, using some actors I’ve worked with for years (those who know me well will recognize Jason Gaffney as Elliot, and Apolonia Davalos as Anna, and Eric Aragon as Joseph Bach), one actor I’ve been dying to work with for years (David Singletary as Diaz), and two actors who were completely new, and really quite wonderful, too (Aubrey Grant as Shane, and Briana Pozner as Mac). After I had my cast, I then held a photo shoot with Shirin Tinati, a truly wonderful and talented photographer based in NYC. She took hundreds of gorgeous pictures of Shane, Mac, Elliot, Diaz, Bach and Anna for me to show to you during this countdown. During our day-long photo shoot, Shirin got some gorgeous digital video footage of the characters, too.

Now, when it comes to filmmaking, I am a producer. Producers don’t edit video footage, and I gotta be honest. My editing skills are questionable. In the past, for previous countdowns, I’ve used basic programs like iMovie to create such thrilling video epics as “How Tom Met Himself,” with Navy SEAL Tom Rancich, and “Attack Hippo,” a faux-animated extravaganza featuring Jason’s favorite childhood stuffed animal. (You can see them on YouTube, if you search for the titles along with “Brockmann.” That is, if you have copious amounts of free time. )

But I love to learn how to do new things, and I particularly enjoy exploring technology, so I used bits of Shirin’s fabulous video footage and her gorgeous still photos to create… Well, they’re not really book trailer videos. (Maybe they would be if you went back in time about ten years. My publisher is going to be releasing an official book trailer video for BORN TO DARKNESS. It will be slick and professional-looking) What I’m sharing with you here, during the Coutdown to BtoD… Well, these have more of a “Suz’s final project for an iMovie class” feel. But my heart is in each of them, and one thing is clear: The actors and the photography/videography rock.

So I’m sharing my videoes with you here, with the understanding that this is my little home-made project that will entertain you and allow you to see these characters actually move and breathe and come to life. (But don’t worry. I’m not gonna quit my day job as a writer to run off to join the book trailer video circus. At least not any time soon.)

Now, along with my cast of professional actors, and my rockin’ phtographer, I also coerced the very talented Patrick Lawlor, who is the unmistakable male voice of my Brilliance produced audiobooks, to record a series of voice-overs for me. (He is funny and patient and kind, and extremely listenable. I adore him. I’m working on setting up another Facebook chat with him during the ‘down. With luck he’ll be able to join us.)

So production levels were high across the board. My amateurish post-production dabbling of these videos is all on me.

Without further ado (and the above includes a significant amount of ado, doesn’t it?) here’s the first of my videos with the cast of Born to Darkness!

Come back tomorrow for a special countdown treat!

Oh, yeah — a reminder! Check out my e-short, Shane’s Last Stand, available in all e-formats, wherever e-books are sold! Meet the hero of BtoD in his final mission with his SEAL team. (Meet his SEAL team!)

Find ALL of the BtoD Countdown on the Born to Darkness page!