On the other end of the phone, Admiral Chip Crowley was silent. And when he finally sighed, Tom knew this was not going to be easy.

“Tell me again who this Merchant is?” Crowley asked.

Tom couldn’t keep his voice from sounding tight. “Sir. I’d appreciate it if you did not patronize me.”

“I’m not patronizing you, Tom, I’m just trying to refresh my less than perfect memory. Will you please just answer my question? And I’ll tell you right now to keep it at a decibel level that won’t hurt my ears. Don’t even think about giving me some of the same verbal disrespect that you dished out to Larry Tucker last week.”

Tom sat down at Joe’s formica-topped kitchen table. “Sir. Are you telling me you support Tucker’s attempt to downsize the teams by shutting down Sixteen and the SO Squad?”

“I’m telling you nothing of the kind,” Crowley said. “Son, I’m behind your Troubleshooters two hundred percent. Team Sixteen’s not going anywhere. You have my promise. What Larry tried to do was dead wrong. But what you did in response was also dead wrong. And I have to confess to being a little concerned. There are ways to deal with assholes like Larry Tucker that don’t include going off half-cocked and getting yourself strapped down for a week’s worth of psych evals. The man I chose to lead Team Sixteen a year and a half ago wouldn’t have done what you did.”

Crowley was right. Tom’s head was pounding and he rubbed his forehead with his fingers, trying to relieve the pressure. The kitchen wall was dingy, he noticed, and he looked around the room, realizing it needed fresh paint. That’s what he should be doing with this weekend, not reporting sightings of dead terrorists, not putting his career even further at risk.

“Now why don’t you do me a favor and answer my question?” Crowley said more gently. “The Merchant. He had something to do with that embassy bombing back in, what was it, 1997?”

“96,” Tom said. “And yes, sir. He’s an independent contractor — a mercenary who was the brains behind the car bomb that took out the American Embassy in Paris in ’96. A Muslim extremist group claimed responsibility for the blast, but NAVINTEL put the Merchant there. It was definitely his work. The bomb had his cell’s signature all over it.”

“You were part of a combined French/American force brought in after these terrorist were tracked to…London was it?”

“Liverpool. The SAS played a part, too.”

They’d wasted a hell of a lot of time playing politics after the Merchant and his dirty band had been tracked to a warehouse in a particularly dank part of the English town most famous for being the home of the Beatles. In fact, Tom still believed if they’d focused more on apprehending the terrorists rather than deciding the protocol of who got to kick down the door, they might’ve had five captured Tangos, rather than four former terrorists in need of body bags, and one terrorist — the Merchant — still “at large,” as the Feds so aptly put it.

“We had security camera footage of the Merchant being hit by gunfire,” Tom told the Admiral. “Through video analysis, his injuries were believed to be extensive. In fact, the word fatal was used. It was thought even though he’d escaped, chances of his surviving were slim.”

Crowley was silent again, and Tom looked at the summer flowers Joe kept in a vase on the table. As far back as Tom could remember, Joe had had fresh flowers in his kitchen all spring and summer long.

It was one of the perks of being a groundskeeper, he supposed. Maybe that was what he could do after Tucker forced his early retirement. He could come back to Baldwin’s Bridge and act as Joe’s apprentice. Learn about roses and lawn grubs and all those things he’d been too impatient to pay attention to when he was in high school. He could eventually take over the position of the Ashtons’ groundskeeper from Joe, and when Charles Ashton died — if Charles Ashton died. The old man was just ornery enough to be immortal out of spite. If Charles died, Tom could work full time for his daughter, Kelly, because she would no doubt inherit this humongous estate — the main house and grounds, and even this little cottage Joe had lived in for over fifty years.

Oh, no, the Admiral most certainly did not. 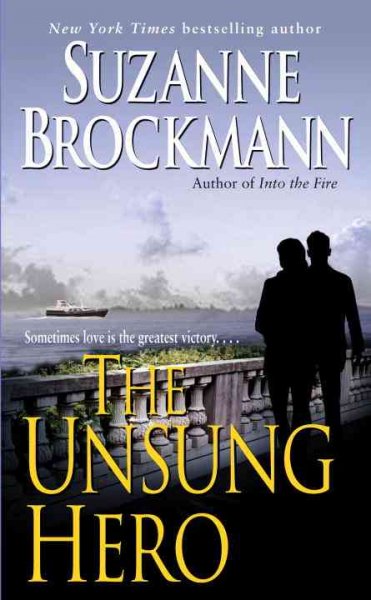