Award-winning author Suzanne Brockmann has taken romantic suspense by storm with her action-packed thrillers and danger-loving heroes–valiant men who live and love with equal passion. Now she has written the most gripping novel of her career–an unforgettable story of an explosive hostage situation in which two people are caught between the call of duty and the lure of destiny.

Her passion is flying. As one of the best helicopter pilots in the naval reserves, Lieutenant Teri Howe is tough, dedicated, and highly-skilled–until a past mistake surfaces, jeopardizing everything she’s worked for.

Rock steady Senior Chief Stan Wolchonok has made a career of solving problems. He willingly comes to Teri’s aid, knowing that his personal code of honor–and perhaps his heart–will be at risk. But when a jet carrying an American senator’s daughter is hijacked, Stan’s unflinching determination and Teri’s steadfast courage are put to the ultimate test. The rescue mission will be daring and dangerous. But somewhere between peril and resolution, the line between friends and lovers begins to blur, pushing both their lives over the edge… 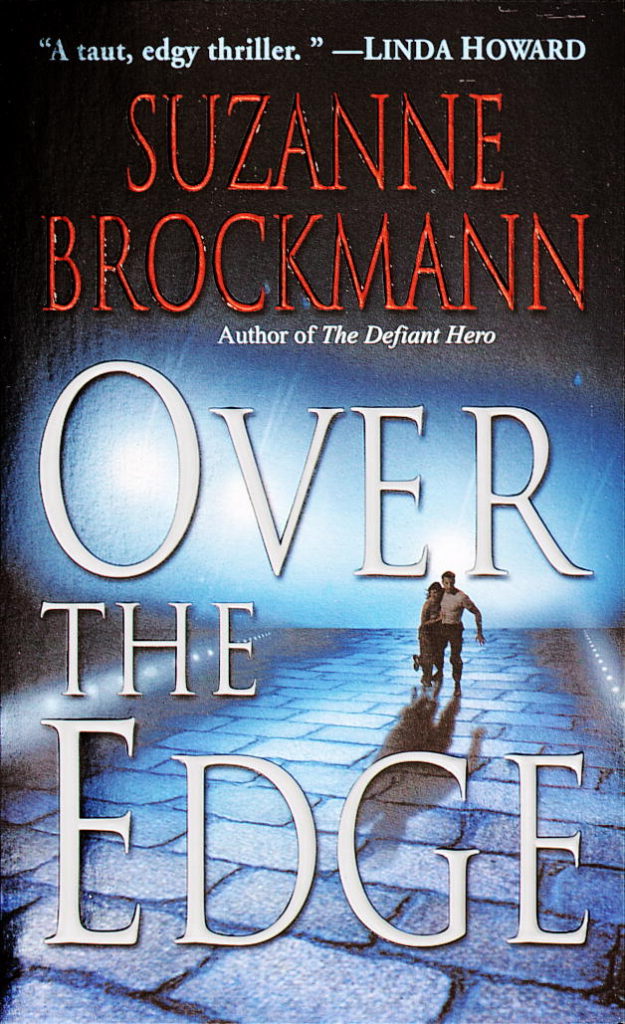 “The elite SEAL Team 16 Troubleshooters squad is called upon once again to take down a group of terrorists who have hijacked a commercial airplane in this densely plotted romantic thriller. Amid the exhaustive drills and daily dramas of the mission, Brockmann (The Defiant Hero, etc.) weaves three romantic threads: a wistful WWII romance recalled by a Holocaust survivor; a turbulent relationship between SEAL Sam Starrett and FBI sharpshooter Alyssa Locke; and a burgeoning romance between the team’s Senior Chief Stanley Wolchonok and helicopter pilot Teri Howe. When Teri asks Stan to help her keep a harassing officer at bay, his instincts are to comfort her and crush the officer. Instead, Stan arranges for her to accompany his team on a cushy training op that quickly turns into a real-life rescue mission. Teri doesn’t mind being in the middle of the action, and she’s eager to spend time with the fierce but compassionate senior chief. Meanwhile, Sam struggles to earn Alyssa’s trust; the FBI negotiator tries to keep his dealings with an American hostage from growing too personal; and the SEALs prepare to take out the terrorists. Taut suspense, sharp dialogue and splashes of humor help maintain the novel’s swift pacing, and Brockmann’s complex characters will capture the reader’s sympathy. Forecast: Brockmann’s latest SEAL Team 16 installment left readers dangling, and her fans are no doubt eager to get their hands on her newest novel. Brisk early sales will give way to steady sales as word of Brockmann’s sterling prose and expert plotting spreads.” — Publishers Weekly, August 13, 2001

OVER THE EDGE’s original title was THE STEADFAST HERO.

Note from Suz: The character of Helga was based in part on my grandmother, Edna Schriever, who dealt with what must have been early stages Alzheimer’s for years and managed to keep most of us from realizing it! She was an extremely intelligent woman, whose default expression was a beautiful smile. Whenever I went to her house as a young teenager, she always asked me to write down my address. I used to laugh. “Grandma, of course you know my address.” But she would insist and tease me until I did, and then make sure that I put my name on the top. Then she’d make a big show of putting it in a special drawer in her sideboard so she wouldn’t lose it. Throughout the day, I’d catch her looking in that drawer, and it wasn’t until years and years later that I realized she must have been having moments of complete forgetfulness — and that she was trying to figure out who the heck I was!

My grandmother also lived in a California-style bungalow. (She lived in New Jersey, but the bungalow was right out of the Arts & Crafts style that was all the rage in California in the early 1900’s.) I saw a program on bungalows when I was channel surfing with my husband at about 2 a.m. one night, and I got all jazzed — “Hey, my grandma lived in a house like that!” (I found out that the big stone fireplace in her dining room was made from “river rocks,” and that when she first had the house built in the 1920’s, it probably cost about $4000.) When I created my character of Stan Wolchonok, I wanted to give him some kind of outside interest, away from his life with the Navy SEALs, and decided to give him the hobby of fixing up and re-selling bungalows.

The antique furniture that Stan wants for his house was made by the Stickley family. Stickley pieces were from the same Arts & Crafts period of American architecture as the bungalows mentioned above. (My grandmother’s house was filled with Stickley furniture. It was gorgeous — all oak and straight lines and masterfully made!) Shortly after I was married, my grandmother gave me one of her Stickley rocking chairs. It’s in my living room today!

The WWII subplot in OVER THE EDGE focuses on the heroic rescue effort that saved most of the 7800 Danish Jews from the Nazi roundup in the autumn of 1943. If you want to read some fascinating accounts of the rescue try Darkness Over Denmark by Ellen Levine, In Denmark, It Could Not Happen by Herbert Pundik (This book was my personal favorite!), The Rescue of the Danish Jews (Moral Courage Under Stress) edited by Leo Goldberger, and Boats in the Night (Knud Dyby’s Story of Resistance and Rescue) as told by Martha Loeffler.