And there he was. Ian Dunn. The former prisoner, now an official ex-con. Dressed in jeans and a T-shirt, clunky black boots on his feet. He carried a hooded sweatshirt and a plastic grocery sack that must’ve held the few personal items he’d had with him in his cell.

He stood there, just looking at them, long after the gate had opened wide enough for him to slip through.

But he didn’t move.

And he didn’t move.

He looked from Phoebe to Martell Griffin and back, and shook his head, just very slightly, as if they were unruly children who’d bitterly disappointed him.

And if only half of what Phoebe had discovered over the past few hours was true . . . they’d put him in some serious danger, and potentially screwed up whatever mission he was currently on.

Martell spoke first, turning to unlock his car with a click and a whoop of his aging anti-theft system. “Come on, Dunn. I’ll drive you to a hotel. You’ll be safe there. You can take a shower, get something to eat while we talk.”

The sound of his voice seemed to unpin Dunn’s feet from where they were planted in the dusty ground, and he finally came through the gate, his stride as loose and easy as it had been when he’d walked into the prison interview room. “Yeah, no, I think I’ll catch a ride with my cute new lawyer.”

Martell laughed and purposely repeated Dunn’s words. “Yeah, no, I don’t think so.”

“You know, maybe that would be a good idea,” Phoebe told Martell. Not only would this prove to Dunn that she was not afraid of him, but it would give them a chance to talk privately. Not that she’d necessarily be able to share anything she learned with Martell, considering client-attorney privileges. Still, she might find out exactly what was going on. As in, who was this Conrad that Dunn had asked about, back in the interview room. She didn’t believe his mutual acquaintance explanation for one hot second.

“Feel free to follow,” Dunn told Martell. “After Pheebs and I talk we’ll stop and all have lunch.”

And that was when Phoebe should have realized that something was up. For him to have gone from a cold No deal, back in the prison, to a friendly Feel free to follow, we’ll all have lunch, was completely ridiculous.

But the reasonableness and ease with which Dunn spoke those words fooled her, and she turned and opened the driver’s side door of her new car.

Phoebe’s shiny new car-a gift to herself for nailing the job at the law firm-had a keyless entry that she adored. She no longer had to dig to find her car keys at the bottom of her bag, she just had to touch the handle, and her car door would unlock. Likewise, she just had to toss her bag onto the passenger seat, and the car would sense the presence of the nearby key, and start with a touch of a button.

After she unlocked her car, she climbed in behind the wheel. The door hung open as she focused on balancing her bag on the armrest between the two front seats and clearing the wrappings from a quickly grabbed breakfast off the passenger seat, to make room for her newest client.

And this meant that she was completely surprised by what Dunn did next.

He moved inside of the open car door, and she sensed more then saw his sweatshirt and plastic sack of God-knows-what whizzing past her head as he threw it into the back, as almost simultaneously he put his left hand beneath her thigh, and his right hand between her lower back and the seat.

“Hey!” Phoebe heard herself say as he seemingly effortlessly lifted her up and tossed her over the armrest. She landed butt-first in the passenger seat, her feet tangling with the steering wheel only briefly, because he was there to help her get them free.

Her surprise was echoed by Martell, who shouted, “Dunn! Stop! What the hell!” from the parking lot.

But Ian Dunn was already behind the wheel, door closed and locked, car started and in motion.

“I’ll drive, okay?” he said in that very same reasonable, friendly voice, as he peeled away from Martell, a spray of dust and gravel making the other man turn away to protect his eyes.

“No, it is not okay!” Phoebe watched out of the back window as Martell sprinted for his own car, no doubt to give chase.

“Better fasten your seatbelt,” Dunn told her calmly as he gunned it out of the lot and onto the equally ill-repaired road.

“This is exceedingly not okay,” Phoebe said as she belted herself in, reaching to pull her bag up from the floor, where it had fallen when she’d been jettisoned from the driver’s seat. “In fact, this fits the definition of felony kidnapping!”

“Not if you tell me it’s okay if I drive,” Dunn pointed out, glancing at her as he adjusted the seat, pushing it all the way back, as far as it could go. Even then his legs were clearly too long, and he shifted to get as comfortable as he could.

“I am not going to tell you it’s okay if you drive,” she sputtered, even as she reached one hand into her bag, feeling for . . . “It’s my car, and I was driving, and you physically accosted me, which makes it-”

“Kidnapping,” he finished for her. “I get it. So have me arrested and send me back to prison. Oh, wait. That’s exactly what you don’t want to do.”

“Stop this car,” she said, aiming her handgun at him, right through the leather of her bag. “Right now, Mr. Dunn, or I will shoot.”

She had to admit that it must’ve looked ridiculous, like she was only pretending she had a weapon and was in fact doing nothing more than pointing her finger at him. But she knew that getting the Glock out of the bag would mean temporarily not aiming it at him-during which time he could easily take it from her. Even while driving. He was, after all, a former Navy SEAL.

Dunn looked from her face to the bag and back into her eyes before he returned his attention to the road, even as he shook his head. “Nah,” he said. “You’re not going to shoot me. I mean, seriously, Pheeb, if you were really going to do that, you would’ve pulled the trigger before I got the car up to speed. You do it now, you’ll probably die, too, you know, in the fiery crash? But if it makes you feel better-more in control-by all means, keep your weapon”-he made quotation marks with his fingers even as he held onto the steering wheel with the palms of his hands-“securely aimed at me.”

“What is wrong with you?”

Dunn glanced at her again and sighed. “For starters, my mother was sixteen when I was born, my father barely older. He already had a criminal record which made it impossible to find work, so he got in too deep with a gang of total, well, assholes, if you’ll pardon my French. There’s no other word for them, at least not less offensive. Anyway, that nearly killed him, but it didn’t quite, so now he was a one-legged ex-con-yeah, that sucked-who really couldn’t find a job, so when I was three, he trained me to gain entry of houses through doggy doors-”

“That’s not what I meant,” Phoebe interrupted, but then interrupted herself. “When you were three?”

“Well, three and a half,” Dunn said as if that were better.

“God! That’s child abuse.” She caught herself. He was trying to distract her. “What I meant was . . .” She took a deep breath and rephrased. “There’s just no way someone in your alleged position wouldn’t be grateful to be released early. Therefore you had a reason to want to stay in, which I really hope you will share with me, so I can work with you, and whichever agency you’re working for, to find a solution for this problem with Mr. Griffin.”

He’d adjusted the rearview mirror, and was now fixing the ones on the side as well. He seemed to be a very good driver, except for the fact that he was going much too fast.

“I’m not working for any agency,” he said, completely unapologetically. “Good guess, but no. You’re wrong about that. I can’t tell you anything more. If I did, well, I’d have to kill you.”

He spoke the words so casually, as if he were joking, his eyes on the road in front of them. But just the same, Phoebe knew he meant it at least as a partial threat. An intentional reminder that he was a dangerous man, regardless of the fact that she was the one in possession of a weapon.

“No, you wouldn’t have to,” she told him, choosing not to let his statement go unchallenged. “As your lawyer, you can tell me anything.”

He glanced at her again. “You’re not my lawyer.”

“Really?” he asked. “We’re going to keep this up? Because you’re not my lawyer, Jerry is.”

“I don’t have anything else to do while being abducted,” she pointed out. “Except defend the fact that, yes, while Mr. Bryant is away, I am your attorney. At least slow down so Mr. Griffin can follow us more easily.”

“It’s not a fact, because I never agreed to it.” Dunn didn’t slow down.

“Yes, you did,” she countered. “You called me your cute new lawyer in the parking lot.”

“That was bullshit,” he said with another glance at her. “Not the cute part, the lawyer part. You’re very cute. But bullshit doesn’t count.” He added, “I do have something else to do right now. I need to use your phone.”

She hugged her bag more tightly to her chest. “Am I or am I not your lawyer?” she asked, adding, “No bullshit this time.”

“If you’re my client, Mr. Dunn, you can use my phone,” she told him as matter-of-factly as she could manage. “If you’re my kidnapper, you can’t.” 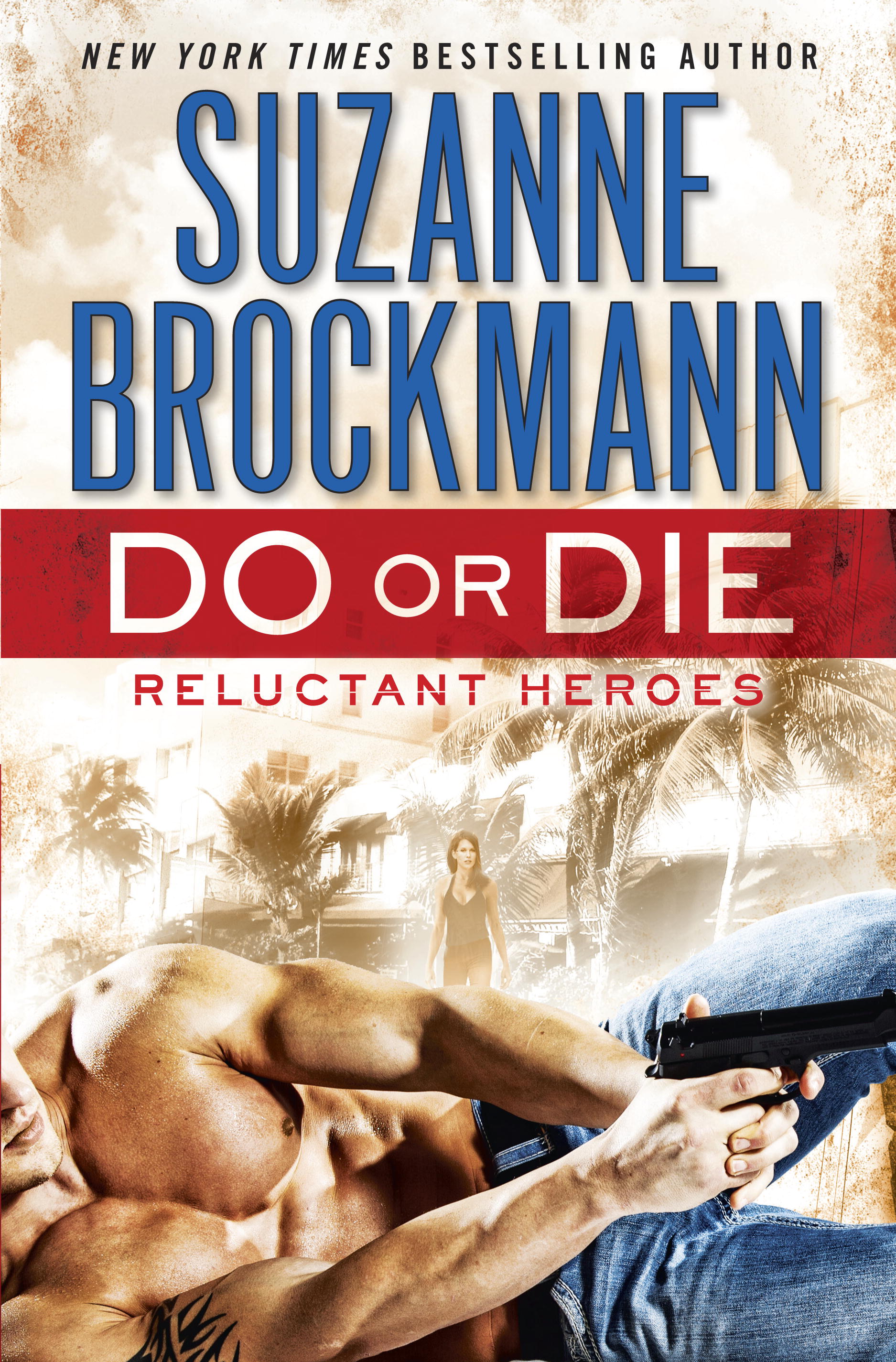