Dan was helping a pair of very young and very female Marine privates get the wounded off the toppled bus. One of them was inside, pushing a frightened woman and her wailing two-year-old out of the window and into the other marine’s arms.

That second private – blond and cute in a Heidi of Wisconsin way — handed the child to Dan, who was on the ground. She then scrambled down herself to help with the woman, who was no lightweight.

The civilian was bleeding from a gash on her forehead, but she seemed more concerned with keeping her headscarf on. Her little boy was terrified, though, sobbing as he stood waiting for her, his arms outstretched.

“Your mommy’s going to be all right,” Dan told him, trying various dialects, but the boy didn’t stop crying even when his mother clasped him tightly in her arms.

“You should see the medic about your head,” the blond marine tried to tell the woman, pointing over to where Lopez had set up his triage, where the first ambulance had finally arrived, bringing medical supplies. But it was clear she didn’t speak English. The marine – the name S. Anderson was on her jacket — looked at Dan. “I’m sorry, sir, can you tell her–”

“I’m not an officer,” Dan told her, then used his rudimentary language skills to point to Lopez and say doctor.

The woman nodded and thanked them both profusely, her boy’s head tucked beneath her chin.

“But you’re a SEAL,” S. Anderson said as she scrambled back onto the bus. “There should be some form of address for SEALs that trumps sir. Maybe Your Highness or Oh, Great One?”

She was flirting with him, marine-style, which meant she was already getting back to work.

And Dan wasn’t quite sure what to say. I have a girlfriend that I really love seemed weird and presumptuous. After all, if S. Anderson had been a man, he might’ve said the same thing, and Dan would’ve laughed and replied, “Great One sounds about right.”

Except S. Anderson’s smile was loaded with more than respect and admiration. There was a little Why don’t you find me later so you can do me mixed in there, too. And Dan didn’t think he was merely imagining it.

The sure-thing factor was flattering, as it always was, and the old pattern that he’d run for years kicked in, and he found himself assessing her. Her uniform covered her completely, but it didn’t take much imagination to see that although she was trim and not particularly curvaceous, she was curvy enough. She was cute, freckled and petite and – Jesus, what was he doing?

But then there was no time to bitch-slap or otherwise chastise himself, because a gunman opened fire.

The first shot took down the Marine officer who was running the rescue effort, and the cry rang out, repeated by all of the military personnel in the area. Dan shouted it, too: “Sniper!”

Jesus, the civilian woman and her child were in the middle of the open marketplace, completely exposed.

S. Anderson saw them, too, and instead of diving for cover inside of the bus, she jumped back down to help him help them. Dan could hear her, just a few steps behind him as he ran toward the woman, shouting, “Run!”

But the woman had heard the shots, and she’d crouched down to shield her child, uncertain of which way to escape.

Because there was no cover anywhere near, and nowhere to run except…

“Go!” Danny shouted, thrusting the child into S. Anderson’s arms, pointing to the blast crater. If they could get to the edge of that gaping hole in the road, and slide down to the bottom and then hug the rubble and earth…

The woman shrieked as her child was ripped from her, but his plan was a good one, because she immediately followed, no explanation needed.

He tried to shield her with his body, tried to get her to run a zigzag path that was similar to the one Anderson was taking with the little boy. But the woman’s mission to reach and protect her child was so single-minded, it was like trying to push a freight train from its tracks.

From the corner of his eye, as he ran at the woman’s top speed, Dan saw Lopez and Izzy pulling the fallen officer to cover onto the patio of what, in happier times, had once been a hotel.

But then Dan saw Izzy turn to look out at him in disbelief. He heard the other SEAL shout his name, and Dan realized that the slap he’d just felt in the back of his thigh had been a bullet.

And Jesus Christ, that was his blood exploding out through the front of his pants from the exit wound. And sure enough, his leg crumpled beneath his weight with the next stride he took. But they were close enough to the crater for him to push the woman the last few feet, down into Anderson’s waiting arms.

But Dan was still six feet away, with a leg that not only didn’t work but, holy shit, was really starting to hurt. He had to crawl, pulling himself forward, his hands raw on the rough debris in the street, because he was not going to do this to Jennilyn. He was not going to come home in a coffin.

But he saw all the blood, and he knew he was dead. There was no way he was going to survive, even if he made it to cover. The motherfucker with the rifle had hit an artery. Dan was going to bleed out before that sniper was taken down, and there was nothing anyone could do to save him.

But he didn’t quit because he didn’t know how to quit. And then he didn’t have to quit, because something hit him hard in the side, and he realized with a burst of pain that it was Izzy, singing at the top of his lungs, “Oh, the weather outside is frightful…”

The freaking idiot had run all the way across that open patch of gravel and debris. He’d dived, as if sliding into home, right on top of Dan, and they’d tumbled together down into the blast crater.

But it was too late.

And wasn’t this just the way it would happen? The last face Dan would see, the last person he would speak to before leaving this earth…

The SEAL had stopped singing — thank you, God — and his face was grim as he rolled Dan onto his back; he ripped another of his stupid bungee cords from his vest pocket and used it as a tourniquet around Dan’s upper thigh — as if that would help.

“What can I do?” Anderson asked as, in the background, the little boy continued to wail.

Izzy glanced at her. “Apply pressure at his groin. Help me slow the bleeding.”

“Zanella…” Danny tried to get his attention, finally grabbing the front of his vest. “Zanella–”

“Hang in there, buddy,” Izzy said, using his knife to tear Dan’s pants to get a better look at his wound. “You’re going to be okay.” But Anderson blanched, in contrast to Izzy’s reassurances. “We’re going to get you to the hospital–”

“No, you’re not,” Dan said. No one was going anywhere with that shooter out there. Dan could hear the report of his rifle, again and again. “Zanella, you gotta tell Jenni for me–”

“No, no, no,” Izzy said, interrupting him. “You’re gonna tell her whatever you want to tell her yourself, bro. That sniper is toast. We’ve got the fucking United States Marines on our side. Am I right or am I right, Anderson?”

“They’re gonna take him out–”

“Not soon enough,” Dan interrupted. He could feel himself getting cold. Ah, God, Jenni… He reached to grab Anderson’s arm, because he had to make sure Jenni knew, and Izzy wasn’t listening. “She didn’t believe me,” he told the woman. “Jenn didn’t. And I need her to know–”

“Gillman,” Izzy said sharply. “Listen to me. You fucking stop bleeding, do you hear me? You can do this. Use your brain for something other than being an asshole. Lower your heart rate and tell yourself to keep your blood away from this leg.”

“Do it, goddamn it.” Izzy turned to Anderson. “Keep applying pressure, Private. I’ll be right back.”

Izzy launched himself up and out of the blast crater, keeping his head down in a crouch as he ran back toward Lopez and the medical supplies.

He could hear the ping of the bullets, see the geysers of dust they kicked up as the sniper tried for him and missed.

He slid into the cover provided by the ornate wooden deck of what once had been a fancy hotel restaurant, where patrons could dine on two levels. There’d probably been a tent to protect the upper level from the sun as the good folks of this town had had their business lunches.

Back during the time when the people of Afghanistan had both businesses and lunches.

But right now the wooden deck made it possible for wounded to be cared for without risking death or injury to their caregivers.

One of whom was Lopez, who helped him to his feet. “Holy Jesus, Son of God,” he said in Spanish as he saw the blood on Izzy’s uniform.

Lopez was covered with blood himself, from trying to save the marine officer’s life. Trying and failing, which sucked royal ass.

“Fuck.” It was not a word that Lopez used often, in English or in Spanish, but it fit the situation.

“I need a clamp,” Izzy told him as he was already moving toward the medical supplies, “and some morphine and some bags of blood — he’s O — and IV tubing. A needle — you know, all that shit.”

Lopez was shaking his head, even as he rummaged through his equipment. “We don’t have blood yet,” he said as he gathered up everything else, scooping it into a bag for easy transport. “Or even any plasma extender. But if I can–”

“You’re not going out there,” Izzy told his friend.

“Not good enough. I’ll use the clamp.” Izzy took the bag from him. “Danny needs blood, Jay, and I’m O, you’re not. Give me the tubing — and two needles.”

Lopez silently — but swiftly, bless him — added what Izzy needed to the bag.

And Izzy dashed back out into the sniper’s kill zone.

Luckily for him, the dickweed was a relatively crappy shot. 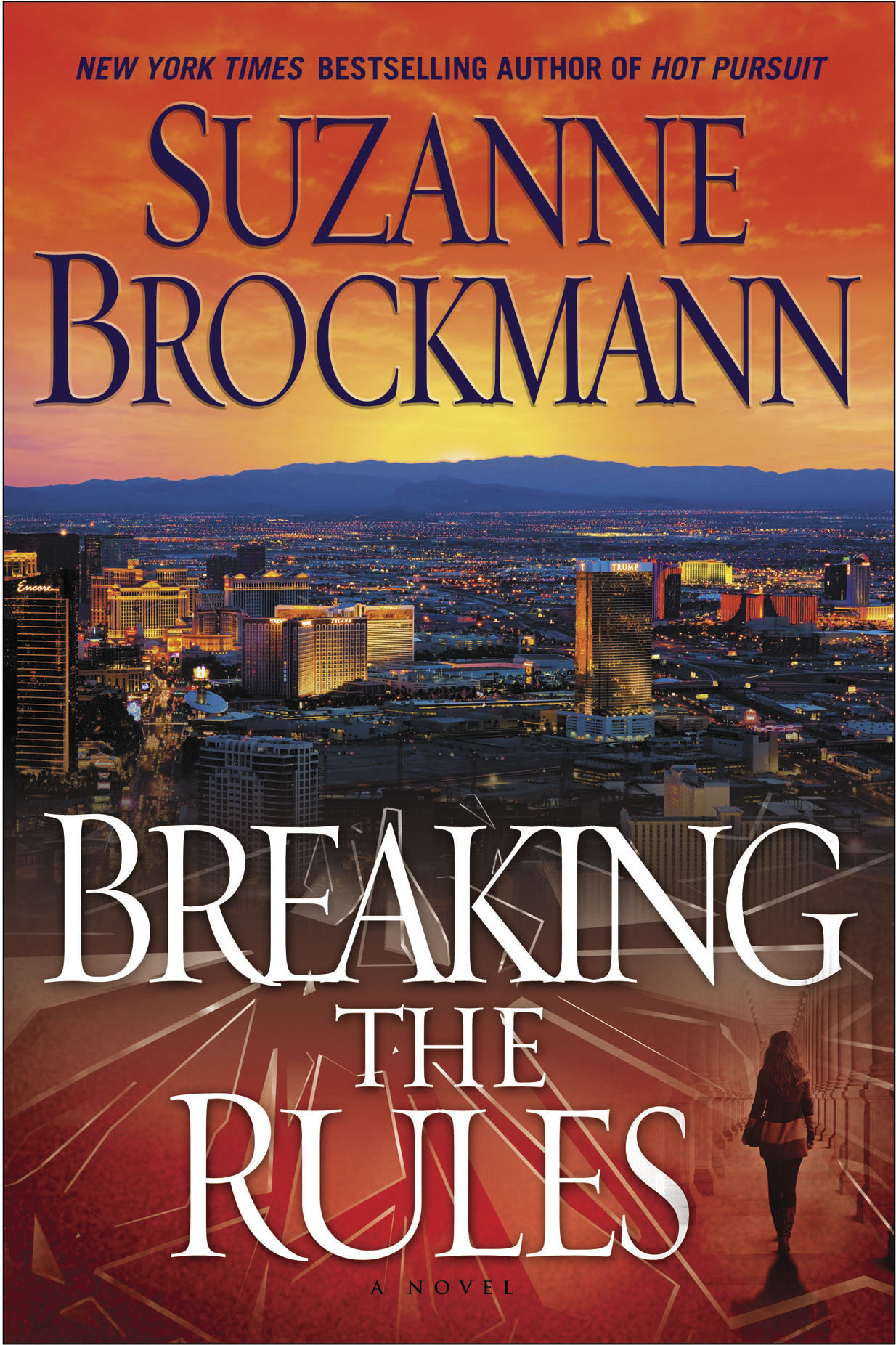