It was a fabulous day. Blue sky. Low humidity. Not a lot of traffic this time of morning. Green lights at every intersection. A parking spot within javelin-throwing distance of the office building.

The elevator opened at the touch of the button and he rode it, express, all the way up to his floor. The doors opened again, and he got a good look at himself in the foyer mirror.

Dressed to shine in his favorite black suit, with a new shirt he’d bought himself as a present, Jules Cassidy was not your average, run-of-the-mill FBI agent, that was for sure. He pocketed his sunglasses and adjusted his tie, then headed down the hallway with a spring in his step.

When you look good, you feel good. No doubt about them apples.

As early as Jules had come in today, his boss, the legendary FBI team leader known as “the Max” to his younger, more irreverent, and slightly less original junior subordinates — but never, ever called that to his face — had come in even earlier.

Although, to be honest, it was equally likely that Max had merely stayed extremely late.

Not that anyone would ever be able to tell the difference. Max didn’t do rumpled, even when staying up for 72 hours straight. In fact, he could be sat on by a hippopotamus in a bizarre zookeeping accident and the first thing he would say after regaining consciousness would be, “Somebody get me a clean shirt.”

The man kept at least two complete changes of clothing in his office, not to mention a series of electric razors in his desk drawer, his briefcase, his car’s glove compartment, and probably one or two places Jules didn’t know about.

Hey now, ho now! Max wasn’t the only one in early today. That was definitely gourmet coffee that Jules smelled brewing. Max may have been a brilliant negotiator, but the man was severely coffee-making challenged.

French vanilla. Lordy, lordy, Jules loved the French vanilla. Even though he hadn’t gotten into the office before Max or the mysterious coffee brewer, it remained, indeed, a glorious, promise-filled day.

Jules stopped at the kitchen cubby and — thank you, baby Jesus! — found his favorite mug already squeaky clean in the drying rack. The container that held the ground coffee beans was empty, but there was enough for one more generous cup in the pot on the warmer.

The TV was set to CNN Headline News, but the volume was muted. As Jules filled his Mighty Mouse mug with the last of the coffee, the too-handsome anchor smiled sunnily at him, as if to say, “Good morning, sweetie-cakes! Something very good is coming your way today!”

At which point the station cut to a commercial break.

An olive-drab and sepia-tinted World War II battle scene — no doubt an ad for the History Channel — filled the screen. But then the fighting dissolved into a full color close-up of a helmeted young man, his perfect cheekbones streaked with dirt.

Holy GI! Those were Robin Chadwick’s perfect cheekbones. This was no History Channel ad, Batman, it was a movie trailer. Shit, it was the movie trailer.

In his haste to reach the remote control, Jules damn near scalded his hand, and the mug slipped with a crash into the sink. The coffee splashed — no! — right up onto his new shirt.

He ran his burned fingers under the cool water even as he used his other hand to turn up the volume on the TV. He knew he shouldn’t. He absolutely should’ve turned the damn thing off but he couldn’t help himself.

Thundering choral music played while the picture dissolved again, this time to a close-up of another young actor as darkly handsome as Robin was fair.

It was Adam Wyndham.

He looked good on film, with the flattering lights and makeup. That’s what Jules had meant. That was not some kind of masochistic, longing-for-reconciliation-he-looked-good thought that had popped into his head.

No, no, no, he was securely in the been-there-done-that phase as far as Adam was concerned.

But as Jules continued to cool his fingers, the picture dissolved again, this time to both actors as they sat shoulder to shoulder, dressed in World War II battle gear, gorgeous and giddy with silent laughter as the thunderous music played on — movie trailer code signaling that this was a meaningful epic drama.

Then a cut to another scene as, still side by side, the two men ran, weapons locked and loaded, up a beach into battle.

The picture froze with them both midstride, and faded back to that same earlier sepia tone as the voice-over announced, “American Hero. The war is within… Starts Friday in select theaters.”

Jules’s expensive new shirt was stained, his favorite mug had cracked, the French vanilla coffee was gone, and the movie starring his cheating ex-significant other, the movie he’d stayed out of theaters for the past two months to avoid seeing, the movie that had made him toss his subscription copies of Entertainment Weekly to avoid reading about, didn’t even open until this Friday.

But okay. That sky outside the window was still blue. And Deb Erlanger, one of his fellow FBI teammates, appeared like an angel of mercy bringing tidings of hope and caffeine. “Hey, Jules. We’re going to Starbucks. Want something?”

Her partner, Joe Hirabayashi, was right behind her. What was this? National Come-In-Early day?

Jules muted the TV’s volume again. “Any chance they’ve started selling business attire?” Like Max, he kept an extra shirt in his office. But unlike Max, he’d used his two days ago and had forgotten to replace it.

Yashi surveyed the damage and summed it up concisely, as was his zen-like way. “Shit, man. That shirt’s ruined.”

“Aren’t you having some kind of review today?” Deb asked. “With Peggy Ryan?”

Yes, Deb. Yes, he was. In fact, his review today wasn’t merely “some kind of.” Instead, it fell into the subcategory of “review, comma, extremely important.”

Jules was up for a promotion. So far he’d sat down with all of the team leaders — except for Peggy Ryan, to whom he was going to talk today.

Peggy was one of those people who dealt with her homophobia by pretending Jules simply didn’t exist. In the past, Jules had cooperated by staying out of Peggy’s way as much as possible.

But this was one meeting neither of them could avoid. It was going to make for an interesting afternoon, that was for durn sure.

“Maybe that’s a good thing,” Yashi said, gesturing with his chin toward the dark blotch that Jules was now half-heartedly blotting with a paper towel. “Coffee stain on your shirt. Kinda makes you look straight.” He scrunched up his face. “If, you know, you squint…”

But it was then that George Faulkner appeared, blocking their route. He was out of breath, which was somewhat novel. Jules hadn’t been aware that George even knew how to run.

“What? Why not?” Jules hadn’t known it was a Laronda-less day.

Laronda was Max’s administrative assistant. A day without Laronda was about as productive and as much fun as a day spent hitting one’s thumb with a hammer. Over and over and over. Ouch, ouch, ouch.

“Her son’s debate club made it to the national finals,” Deb explained. “Just out of the blue — total long shot. The Max told her to take a few days and go to Boston with the kid. She won’t be back until Friday.”

“Max needs to see this.” George was ultra-focused and one-track this morning, holding up some sort of email that he’d printed out.

“Temp should be here in an hour,” Yashi said. “Put it on Laronda’s desk, let her deal.”

“No,” Jules said. “Nuh-uh.” Last time a temp came in to replace Laronda, it was twice as awful. “We want to get anything done today, we need to take shifts.”

Deb and Yashi both started making noise, but Jules stopped them.

“An hour at a time at Laronda’s desk,” he said, in his take-no-arguments voice. “We can all survive being Max’s AA for one hour at a time. You know we can.” But, shit, shit, shit. So much for running out to get a new shirt before his meeting with Peggy Ryan. “I’ll go first, then Yashi, then George, then you, Deb…”

“Good. Yash, call Fran and Manny, give them a heads up,” Jules ordered. “Tell them to get in, ASAP.”

“George, what do you want from Starbucks?” Deb asked.

Shit. Jules took the email and skimmed it, while Deb leaned in and read over his shoulder. It was a list of names under the morbid heading Civilians Killed in Hamburg Cafe Blast.

This latest terrorist attack had occurred in Germany just yesterday morning, and the focus of most of the media’s reporting had been on the fact that the casualties had been low — that the car bombing could have been much more devastating.

Seeing these names in a list, however, brought home the fact that quite a few people had died.

“We aren’t handling this,” Jules reminded George. “Frisk’s team is. I know Max wants to keep in the loop, but there’s no urgency to this particular–”

“Oh, yes, there is,” George interrupted.

“Aw shit,” Deb breathed, pointing at the very bottom of the list. Yashi leaned closer to look, too and…

Jules followed her finger, and saw two words that made his heart stop.

He double-checked the heading. Civilians Killed…

The only woman who had ever truly captured Max Bhagat’s teflon-coated heart. A woman Max had not only let get away, but a woman he had pushed and shoved until she’d finally up and left.

Which didn’t mean he hadn’t loved her; that he didn’t love her still.

“Someone’s got to tell him,” Deb whispered.

Jules looked up to find them all watching him. As if he were their team leader or something. No fair — he hadn’t been promoted yet.

“Yeah, I’ll do it,” he said, in a voice that he couldn’t quite make sound like his own. “Gina was my friend, too.” Jesus — Gina was. He hated having to say that. God, how could this have happened?

Outside the window, the cloudless sky now seemed mockingly blue. Jules wished he could jump back in time to earlier this morning, when his clock radio had first burst into song. This time around he’d shut it off, turn over, and go back to sleep.

But really, that would’ve just put off the inevitable.

Somehow, someway, they were all going to make it through this awful, terrible day.

Jules cleared his aching throat. “Yashi, find out what Gina was doing in Germany. Last I knew, she was still in Kenya with…” Damn it, what was it? He pulled it out of his ass. “AAI — AIDS Awareness International. Get in touch with them — find out what you can. George, contact Walter Frisk. We’ll want to know everything he knows about the blast, and we’ll want to know it now. ” He turned to Deb. “Get that coffee, then assist George. Go.”

When Max saw this email, he was going to have a crapload of questions, none of which Jules could answer.

At least not yet.

Jules wiped his eyes, straightened his tie, and with a heavy heart beneath a ruined shirt that so didn’t matter anymore, he began the long walk to Max’s office. 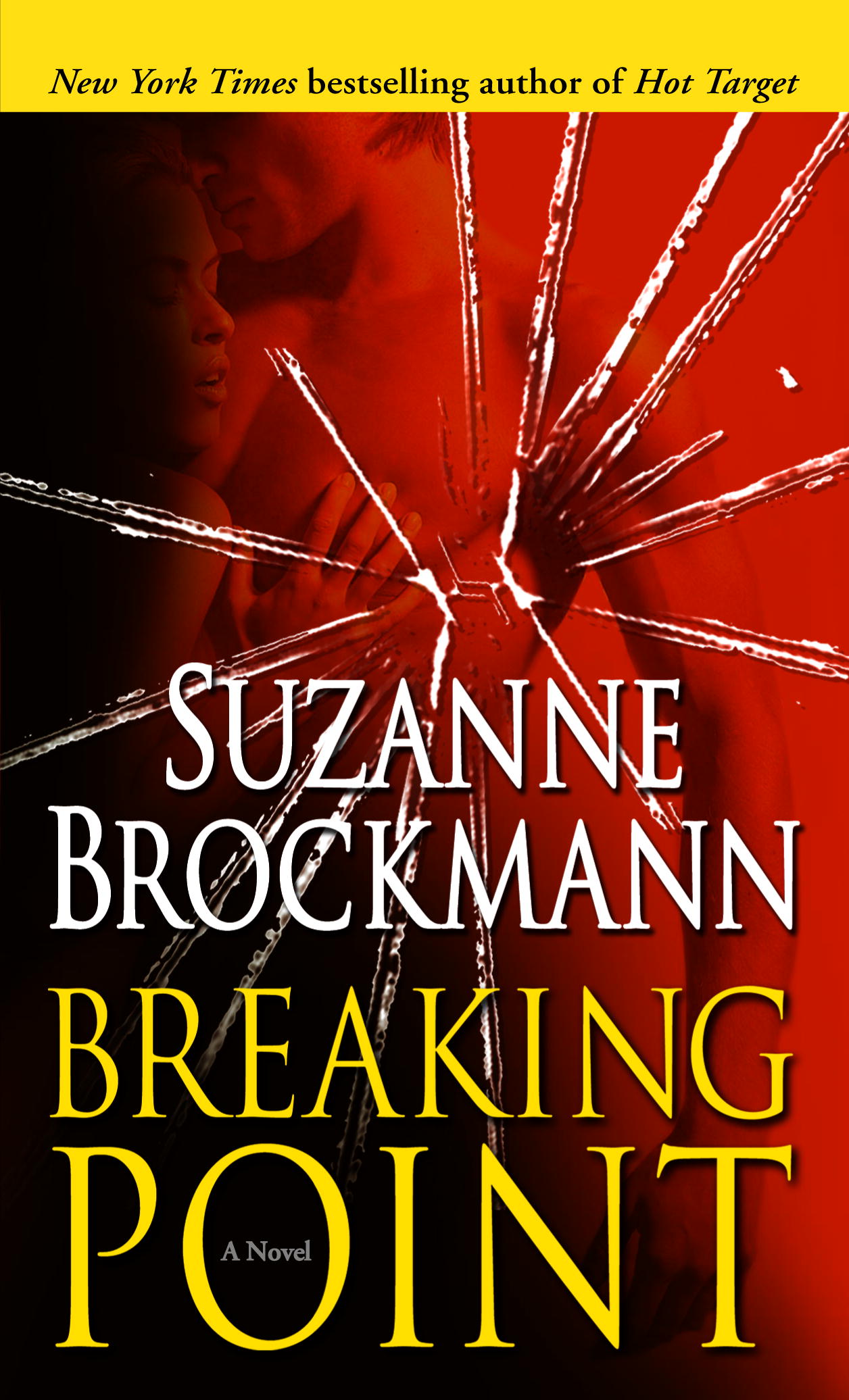