Maggie Winthrop honestly would’ve remembered if she’d met Chuck Della Croce before. He’s outrageously tall, dark, and handsome—and completely naked—as he pounds on her backdoor, calling for her to let him in. He know things about Maggie that he shouldn’t. And when he tells he’s a time-traveler, and that they’re close friends seven years in the future, she’s ready to call the police.

But Maggie’s future is Chuck’s past, and he has the ability to foretell events—and he convinces her that he’s not completely crazy. In fact, he’s there to enlist her aid in talking himself—the seven years younger version of himself—out of developing his theories for time travel. A rogue agency has hijacked his time machine and are using it to overthrow the U.S. Government. Chuck had never intended for time travel to be used as a deadly weapon, but a team of killers is already hot on his heels, chasing him across time to make sure his mission fails.

Chuck’s got one chance to set things right—but he didn’t count on getting a do-over to win Maggie’s heart. He’s willing to sacrifice everything for this woman that he’s quietly loved for years.

And Maggie’s head spins as she realizes that she’s falling for two men: Charles Della Croce, who lives in her timeline, and his life-hardened counterpart—the man from the future who calls himself Chuck… 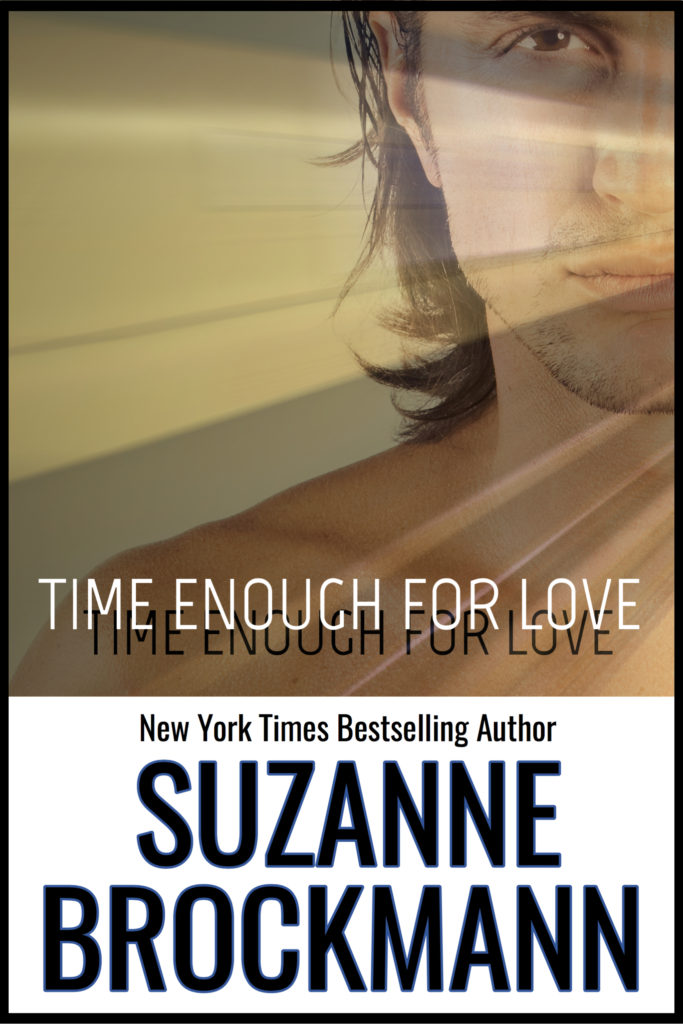 Note From Suz: I wanted to write a time travel story that was actually about time travel. So many TT’s start with a mystical, magical happening that isn’t scientifically explained. But TEFL is the story of the man who discovers the theories of time travel and invents a machine that will do just that. When his “Wells Project” (named in honor of H.G.!) is used to initiate a political coup, he uses a prototype to return to seven years in his past — to stop himself from inventing his time machine.

As I warmed to this idea, I realized I was writing a book in which the heroine would meet the hero for the first time not once, but three different times!

It was, without a doubt, an extremely fun book to write!