Media consultant Veronica St. John has been hired to teach a rugged Navy SEAL to impersonate a European prince who has been targeted by terrorists.  But one conversation and Veronica knows there’s no way she can turn streetwise New Yorker Joe Catalanotto into nobility. Joe, on the other hand, is confident he’s got what it takes to complete his mission. Two days isn’t a lot of time to get the job done . . . but it’s just enough time to fall in love. 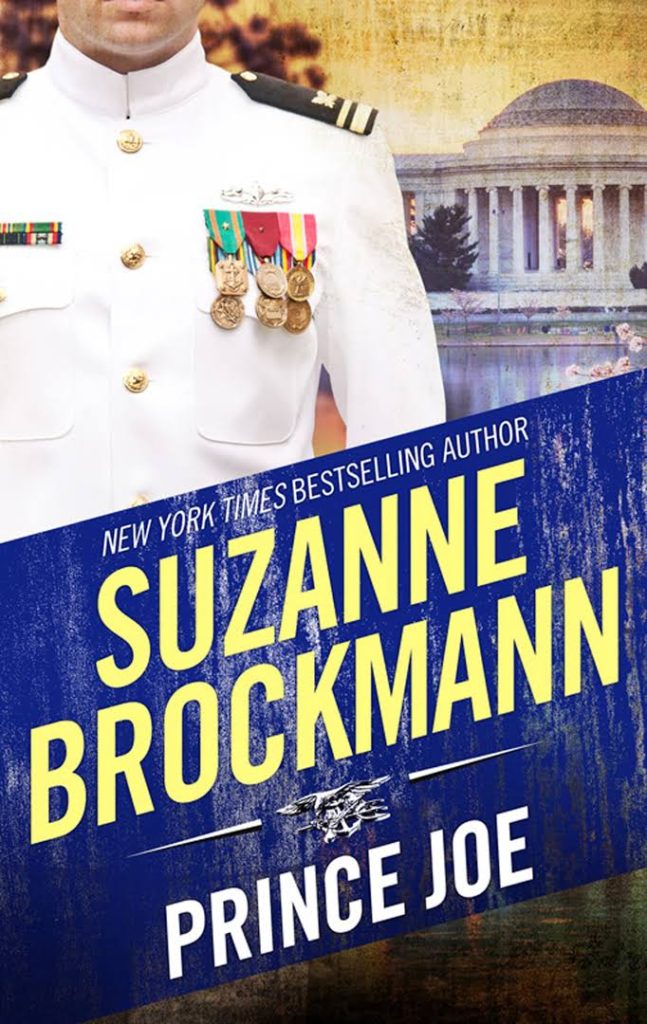 “Not only is the suspense nail-bitingly intense, the blistering passion and emotional sensitivity make this a love story you’ll put in your treasure chest.” 4 and 1/2 Stars and a WISH Award. –Melinda Helfer, Romantic Times

About the missing scene: The original manuscript for PRINCE JOE came in about 50 pages too long. I cut an entire party scene out of the book, in which Joe encounters a supermodel who’s been one of the real prince’s lovers. Veronica, of course, is listening in from the surveillance van as the two interact! It was a funny scene, but the book worked without it. (And, if you notice, the type size of PRINCE JOE is already impossibly small!) Read the missing scene.

About the literal train wreck that put JOE on the bestseller list: Okay, so here’s how the Harlequin/Silhouette distribution system works — or at least this was the way the books were distributed back in May, 1996, when PRINCE JOE was released. H/S would release their monthly shipment of books in two batches. One batch would come out first thing, early in the month, and the other batch would come out a few weeks later.

The story I heard was that all of the Harlequin/Silhouette books were shipped to the West Coast of the USA on a train. (I picture the Little Engine that Could, bravely carrying boxcars of romance novels to California with a cheery smile on his brave little face…) And in early May, 1996, the happy train that carried the first shipment of books to the West Coast was hit (literally) by a freak storm. This storm was so powerful it actually derailed the train, pushing it off the tracks and into a reservoir. (As I recount this tale, I’m struck by the absurdity of this. However, I will continue. Whatever the details, the truth remains that a train (probably one without a smiley face on the front) carrying the first shipment of H/S books was derailed and the cargo (i.e. books) destroyed.

So, you know in those author/publisher contracts when they say things like “Act of God?” Well, this was considered an Act of God, those books were considered lost, and, kids, they weren’t ever replaced. (Which was a serious blow to the authors of those books, you can be sure!)

Now, by the time the second batch of H/S books made their way to the West Coast (and I’m talking about the entire West Coast. Not just California. But more like West of the Mississippi…) all those avid series romance readers were desperate for SOMEthing to read — especially the fans of longer contemporary romances, such as SuperRomances and Special Editions. And, alleluia, here was the shipment of Silhouette Intimate Moments. And, included in that shipment was a nifty little book with the rather unusual title of PRINCE JOE (and an interesting cover, too) by an as-yet-unknown new author named Suzanne Brockmann.

So you see, I believe that PRINCE JOE’s success was due at least in part because of that train that derailed and left all those readers desperate for something new to read!