Hawken’s Heart (It Came Upon A Midnight Clear)

Navy SEAL Crash Hawken awakens in a Washington, D.C., hospital to learn that he is the prime suspect in the assassination attempt on a commanding officer. Charged with treason, conspiracy and murder, he is alone—except for Nell Burns. Nell and Crash have a history—as friends, as lovers. And she knows he could not have committed these crimes. Soon they are on the run, determined to uncover what really happened the night of the attempted assassination. But first they have to survive another day. 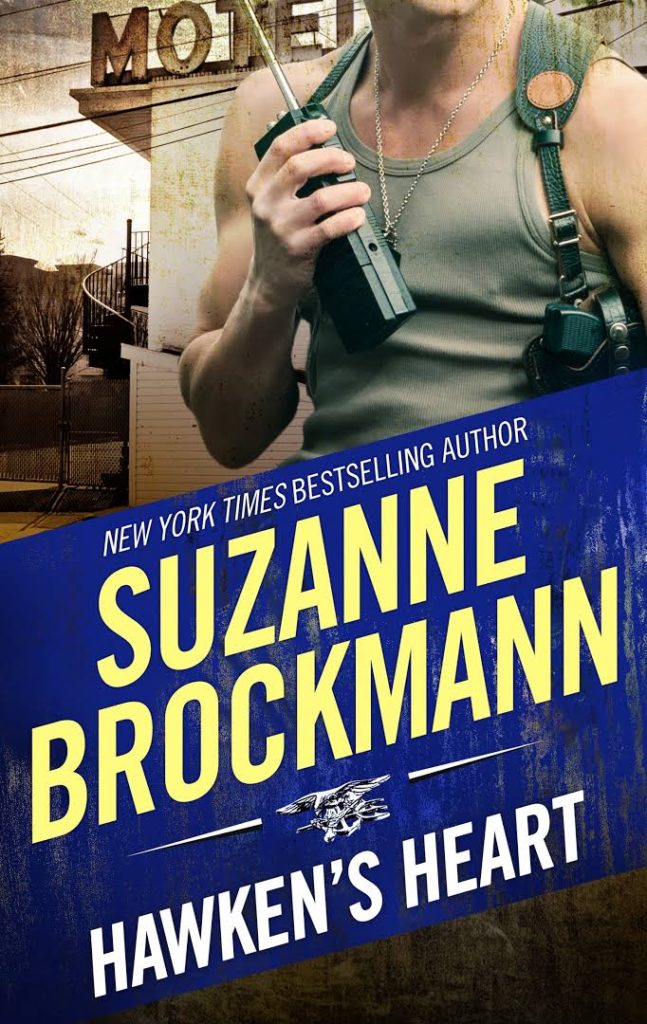 Note from Suz: What’s up with the new title? I’ve long been an advocate of reissuing books with their original titles, but this time the title change was my idea! I thought that the Christmas-y title (this book was first published in December, 1998) wouldn’t work so well on an April reissue! So my publisher agreed to go back to my original working title for this book, which was Hawken’s Heart. I’ve asked Mira Books to be sure to include the fact that this book was previously published as It Came Upon a Midnight Clear right on the front cover — I’m keeping my fingers crossed that they’ll do that! We’ve included a “Dear Reader” letter inside to explain the title change — but readers should always be savvy to the fact that reissues often get renamed — usually without the author’s awareness! Always check the copyright date to make sure you’re not buying a reissue of a book you read ten years ago!