WHAT HE REMEMBERED
His clothing size

WHAT HE DIDN’T REMEMBER
Everything else

Navy SEAL Mitchell Shaw woke up one morning with no clue as to who he was. And the items hidden in his possession were no help — an address, along with a .22 caliber side arm. The address led him to the Lazy 8 Ranch — and its beautiful manager, Becca Keyes, who made him believe he might have a future. Even if he wasn’t sure about his past. 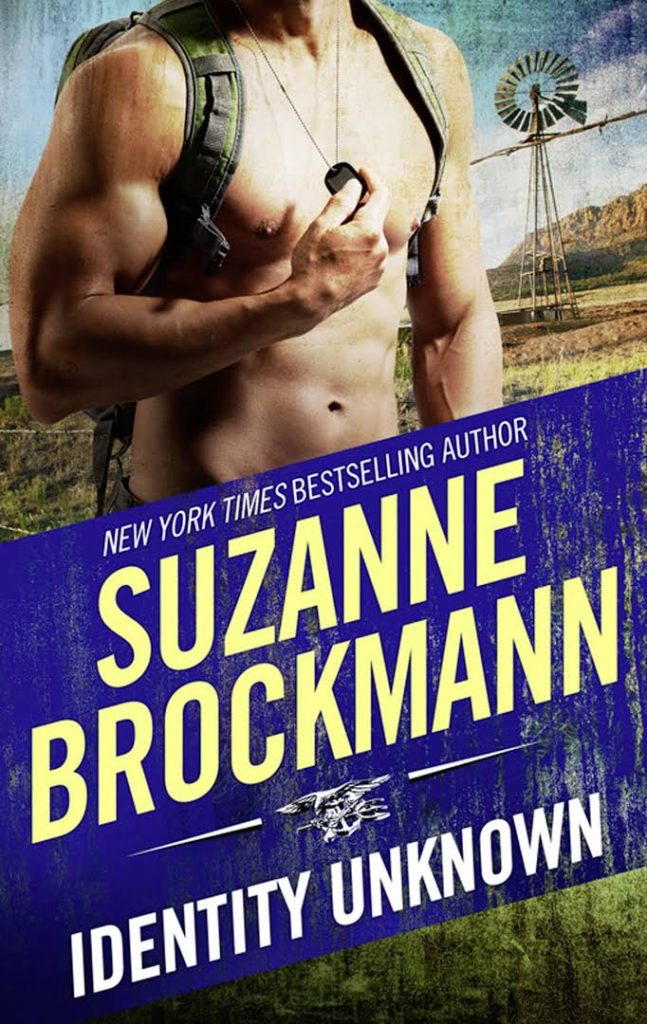 “Ms. Brockmann once again wields her pen with compelling mastery as she blends characterization and suspense into a seamless whole for your reading pleasure.” 4 and 1/2 stars and a WISH Award. Melinda Helfer, Romantic Times

It’s a fascinating condition. A blow to the head and a man’s entire past can be erased.

My friend Scott actually knows a guy who lost a solid chunk of his life after a serious accident. Nearly all of it came back in bits and pieces over the course of several weeks, but it doesn’t take much to imagine what might have happened if it hadn’t. Imagine being faced with the possibility of that missing memory never returning.

That’s what my hero in IDENTITY: UNKNOWN, the eighth installment in my “Tall, Dark & Dangerous” miniseries about U.S. Navy SEALs, is up against as he awakens in a New Mexico homeless shelter. He’s got no memory of how he got there, no past, and no clue of who or what he is — except for the wad of cash and the dangerous little handgun he finds hidden in his boot.

With his darkly disturbing dreams of violence, the man who is called by the strange nickname “Mission Man” or Mish, starts to think he might be better off if he never regains his missing memory.

In all of my books, my romantic heroes go on journeys of self-discovery. In IDENTITY: UNKNOWN, the journey is a little more literal!