“Sorry I’m late.” The man in the doorway was blindingly handsome — the blinding due in part to the bright white of his naval uniform and the dazzling rows of colorful ribbons on his chest. But only in part. His face was that of a movie star, with an elegantly thin nose that hinted of aristocracy, and eyes that redefined the word blue. His hair was sunstreaked and stylishly long in front. Right now it was combed neatly back, but with one puff of wind, or even a brief blast of humidity, it would be dancing around his face, waving tendrils of spun gold. His skin was perfectly tanned — the better to show off the white flash of his teeth as he smiled.

He was, without a doubt, the sheer perfection of a Ken doll come to life.

Syd wasn’t sure, but she thought the braids on his sleeves meant he was some sort of officer.

The living Ken — with all of his U.S. Navy accessories — somehow managed to squeeze his extremely broad shoulders through the door. He stepped into the room. “Lt. Commander Francisco asked me to convey his regrets.” His voice was a melodic baritone, slightly husky, with just a trace of Southern California, dude. “There’s been a serious training accident on the base, and he was unable to leave.”

“Hey, Lucy.” He bestowed a brief but special smile upon the female detective. It didn’t surprise Syd one bit that he should know the pretty brunette by name. “We got a SEAL candidate in a DDC — a deck decompression chamber. Frisco — the Lieutenant Commander — had to fly out to the site with some of the doctors from the naval hospital. It was a routine dive, everything was done completely by the book — until one of the candidates started showing symptoms of the bends while he was in the water. They still don’t know what the hell went wrong. Bobby got him out and back on board, and popped him in the DDC, but from his description, it sounds like this guy’s already had a CNS hit — a central nervous system hit,” he translated. “You know, when a nitrogen bubble expands in the brain.” He shook his head, his blue eyes somber, his pretty mouth grim. “Even if this man survives, he could be seriously brain damaged.”

U.S. Navy Ken sat down in the only unoccupied chair at the table, directly across from Sydney, as he glanced around the room. “I’m sure you all understand Lt. Commander Francisco’s need to look into this situation immediately.”

Syd tried not to stare, but it was hard. At three feet away, she should have been able to see this man’s imperfections — if not quite a wart, then maybe a chipped tooth. Some nose hair at least.

But at three feet away, he was even more gorgeous. And he smelled good, too.

Chief Zale gave him a baleful look. “And you are…?”

Navy Ken half stood up again. “I’m sorry. Of course, I should have introduced myself.” His smile was sheepish. Gosh darn it, it said, I plumb forgot that not everybody here knows who I am, wonderful though I may be. “Lieutenant Luke O’Donlon, of the U.S. Navy SEALs.”

Syd didn’t have to be an expert at reading body language to know that everyone in the room — at least everyone male — hated the Navy. And if they hadn’t before, they sure did now. The jealousy in the room was practically palpable. Lt. Luke O’Donlon gleamed. He shone. He was all white and gold and sunlight and sky blue eyes.

He was a god. The mighty king of all Ken dolls.

And he knew it. 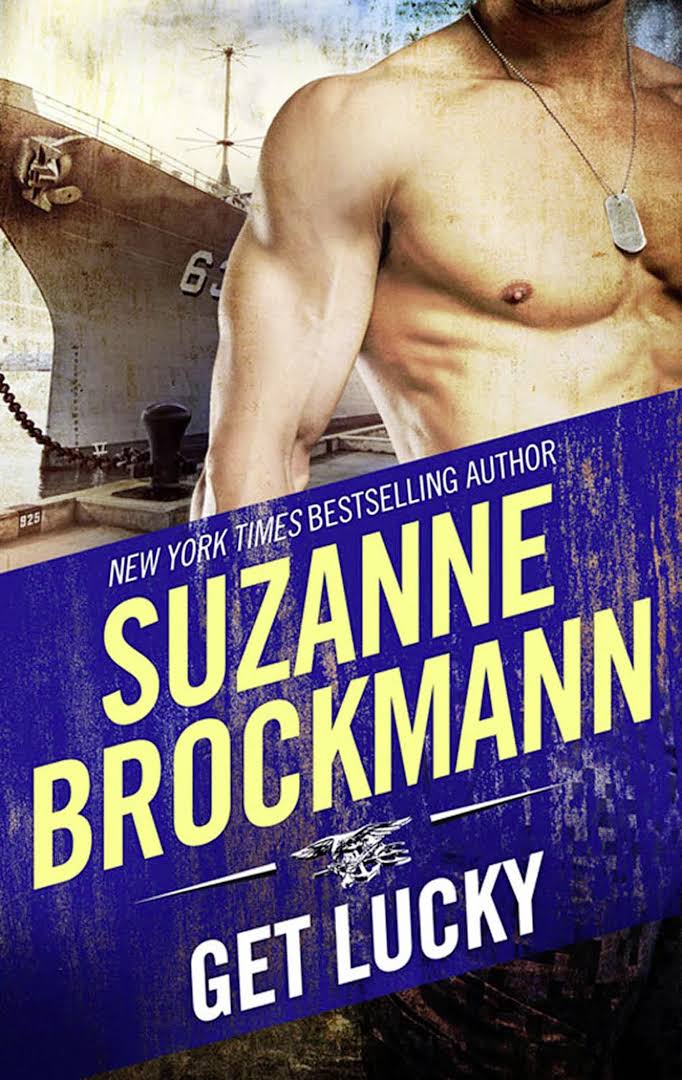