Being a Navy SEAL is more than a career to Alan “Frisco” Francisco—it is his whole world. So when a bullet wound threatens his future in the Navy, he is determined to achieve a full recovery . . . all on his own. But his lovely neighbor Mia Summerton has other plans for him. She can’t mend his wounded body, but can she heal his heart? 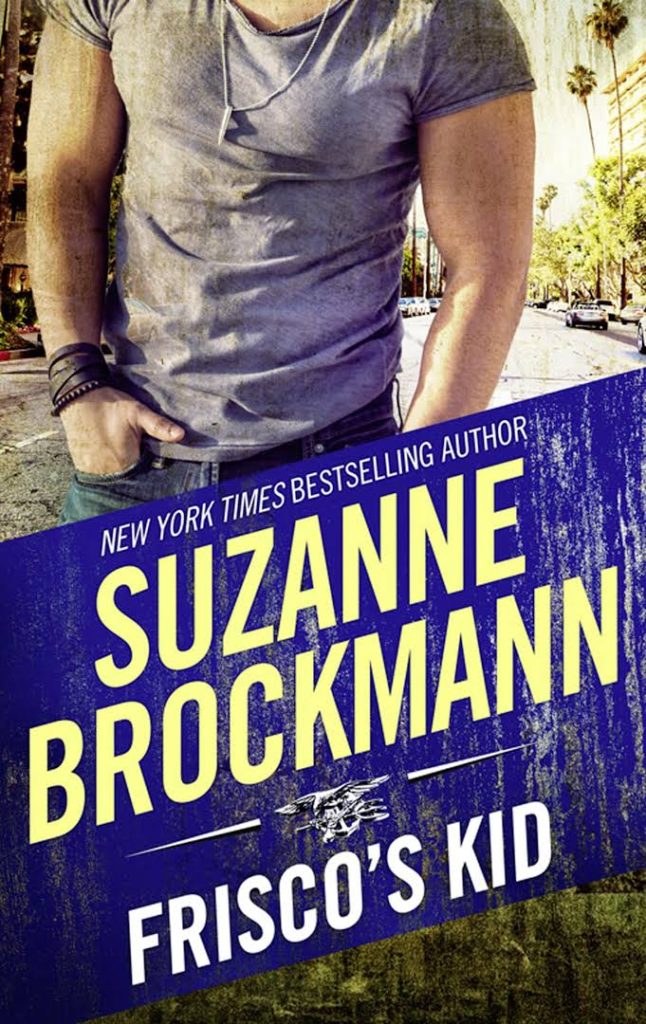 “…the smashing third book in Brockmann’s already classic SEAL Team Alpha Squad. Another treasure from one of the genre’s hottest talents.” 4 and 1/2 Stars and a WISH Award. Melinda Helfer, Romantic Times

Note From Suz:  When I found out that Frisco’s Kid was going to be reissued, I took the opportunity to read through it and catch typos and fix small mistakes.  As with Prince Joe and Forever Blue, I welcomed the proof-reading help of a terrific group of readers from the Team Ten list.  As has become my custom, I included their names in a new acknowledgment section, in the front of the book.

Except the book went back to press, and the acknowledgment wasn’t added — it never was printed.

Here’s what I wrote, and what should be in the front of every copy of the reissue of Frisco’s Kid:

My eternal thanks to my tall, dark and dangerously funny friend Eric Ruben, who called me up one day and said, “Hey, Suz, I just read a great article about Navy SEALs. You should check it out.” (I did, and the rest, as they say, is history.)

Thanks to the real teams of SEALs, and to all of the courageous men and women in the U.S. Military who sacrifice so much to keep America the land of the free and the home of the brave. And last but not least, a heartfelt thank you to the wives, husbands, children, and families of these real life military heroes and heroines. Your sacrifice is deeply appreciated!

Any mistakes I’ve made or liberties I’ve taken in writing this book are completely my own.