Sixteen-year-old Skylar Reid’s world is turned upside down when Sasha, the little girl she babysits, is kidnapped. She’s been dreaming about Sasha—weirdly vivid dreams that feel real—even after the police insist that the girl is dead. But Sky and her best friend Calvin are determined to find Sasha—or at least find out who killed her.

Then a mysterious bad-ass of a girl named Dana blasts into town on a motorcycle, and things get even weirder. Dana’s got telekinetic powers—she can move things with her mind—and she tells Sky she’s something called a “Greater-Than.” There’s a hormone in the blood of certain girls that makes them stronger, faster, smarter, and gives them amazing super powers.

Oh yeah, and Sky’s a Greater-Than, too.

But it’s not all fun and games, because there’s a dangerous new drug called Destiny out on the streets. It makes users young, healthy, beautiful—and profoundly evil—and it’s made from the blood of girls who are Greater-Thans. Dana warns Sky to hide her powers carefully, or the very bad people who make Destiny will grab her and bleed her dry.

Still, Sky refuses to hide—she’s convinced that little Sasha is still alive. So Dana and her dangerously hot companion Milo reluctantly sign on to help Sky and Calvin… and together they form an unlikely team.

Together, they’ll stop at nothing to fight Destiny—to find Sasha and bring her home. Or die trying…

Night Sky is the first book in a YA trilogy set in the same dark future as Suzanne Brockmann’s Born to Darkness, a New York Times bestselling hardcover, published last year as the first installment in her Fighting Destiny series. Night Sky has the same mix of suspense, romance, humor, and the paranormal, and deals with many of the same themes, including society’s relentless exploitation and devaluation of females, and the empowerment that comes when women and girls recognize their strength and intellect, and stand up, fight back, and save the day. 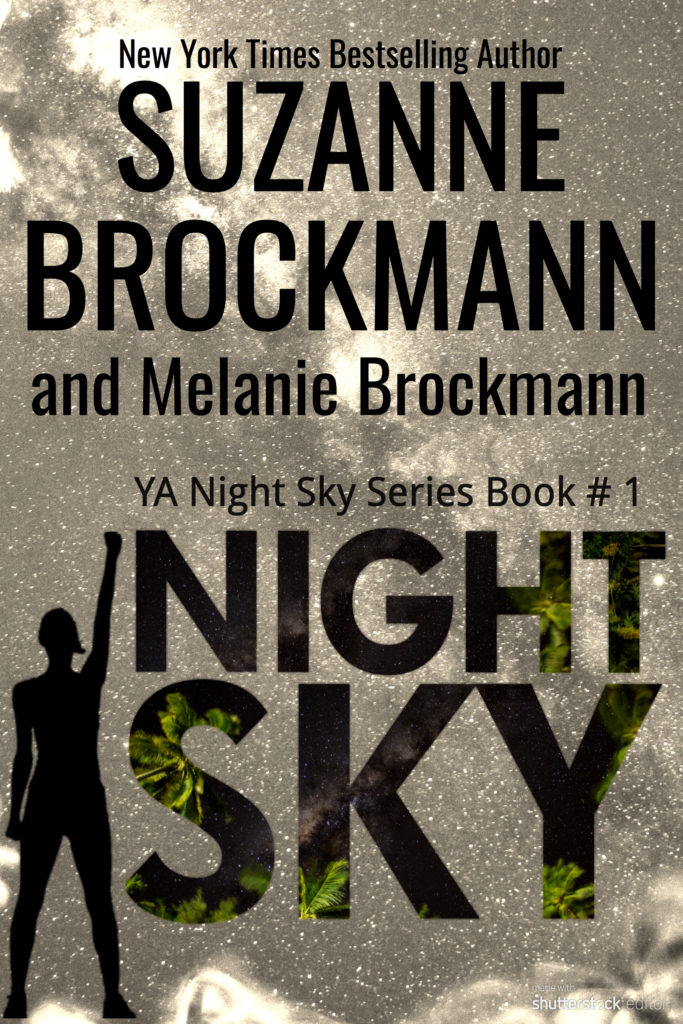 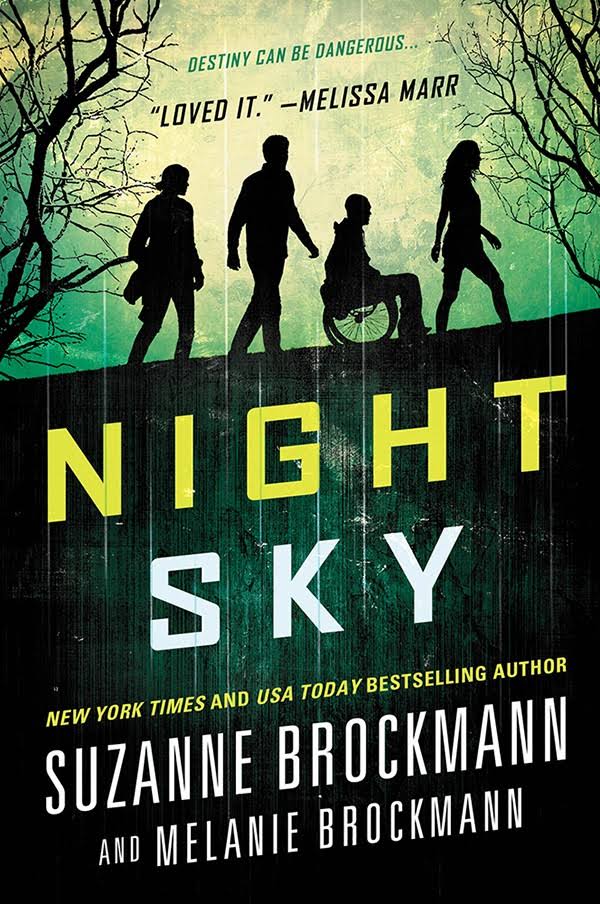 “Full of adventure, humor, and just the right amount of Brockmann wit and humor. I love this book!”-P.C. Cast, New York Times bestselling co-author of The House of Night series.

“A gripping page-turner from first to last…The start of something that can only be described as ‘greater-than.'”-Kirkus STARRED Review

Meet the authors: The mother/daughter writing team of Suz and Melanie Brockmann! 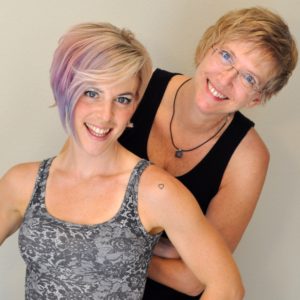 Suzanne Brockmann and her daughter, Melanie Brockmann have been creative partners, on and off, for many years. Their first project was an impromptu musical duet, when then-six-month-old Melanie surprised and delighted Suz by matching her pitch and singing back to her. (Babies aren’t supposed to be able to do that.) Since then, Mel has gone on to play clarinet and saxophone, to sing in a wedding band, and to run seven-minute miles. She has become one of Sarasota, Florida’s most sought-after personal trainers. Suz has driven an ice-cream truck, directed an a cappella singing group, and can jog a twelve-minute mile when pushed. She is the multi-award-winning, New York Timesbestselling author of over fifty books. Night Sky is Melanie’s first novel and the mother-daughter team’s first literary collaboration. Each strongly suspects that the other is a Greater-Than.