Former A-list movie star Jed “Jericho” Beaumont had—and lost—it all when prescription drugs and alcohol sent him spiraling out of control. He’s been gone for five years—a lifetime in Hollywood—but he’s finally clean, and he’s ready for a comeback. Jed knows that the character of Laramie, in an indie movie called The Promise, is the role of a lifetime. He wants it badly enough to sign an outrageous contract with producer Kate O’Laughlin—one that requires Jed to be supervised, 24/7.

THE BRILLIANT WOMAN WHO’S HIS MATCH…

Kate’s producing the movie of her heart, and although Jericho’s an incredible talent, his reputation is for reckless behavior—which could kill this project that she loves. The only solution is to ensure his sobriety by babysitting her handsome leading man—a job that quickly proves challenging. The two are at odds from the start—and sparks quickly fly… 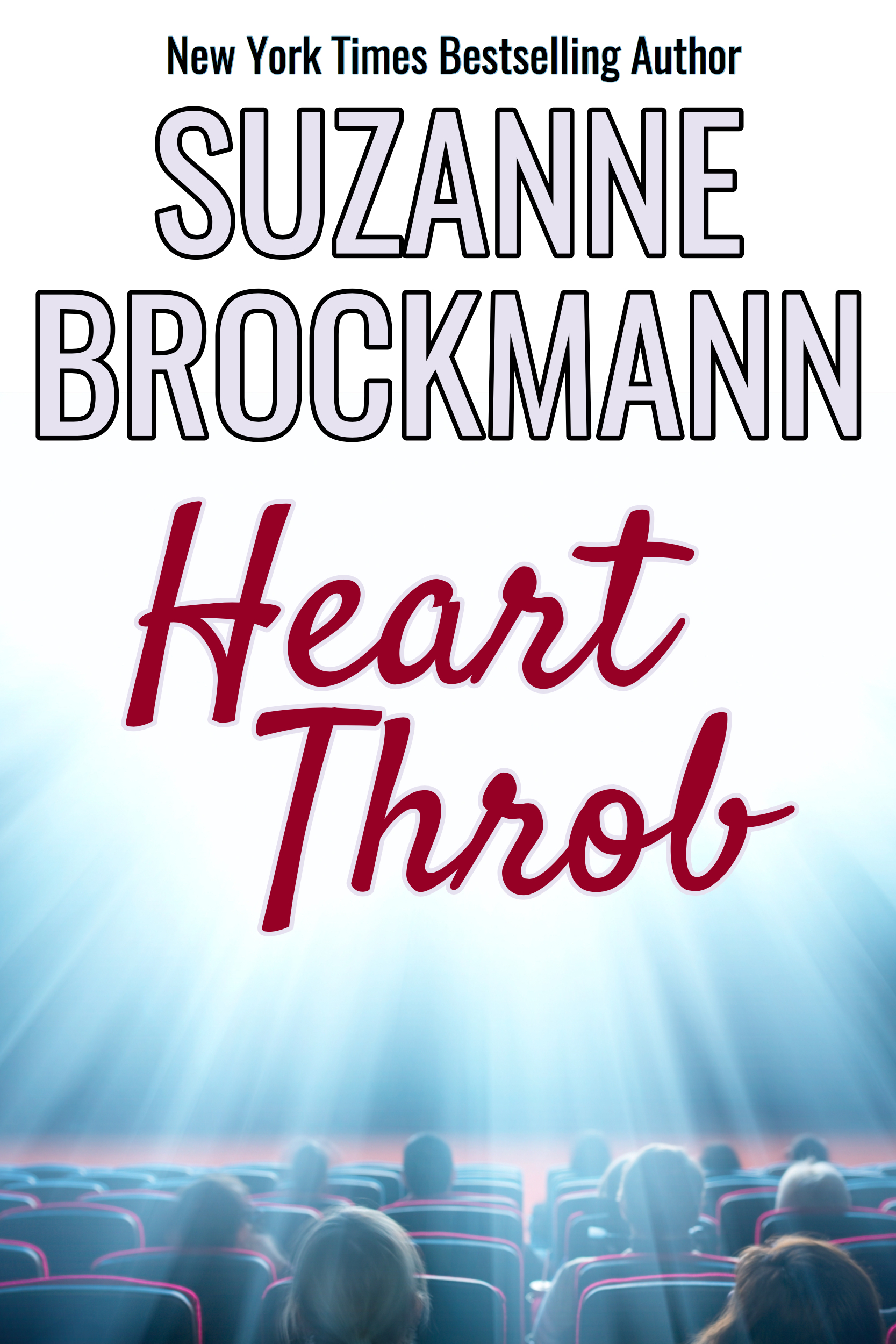 “Suzanne Brockmann hits the ground running with her first single title release. Not only does she give her readers the “Sexiest Male Alive,” she also writes a story filled with pain, hope and just enough fantasy to make it a true Hollywood ending… As far as heroes are concerned, Jericho is the classic fallen angel. As he desperately tries to regain heaven, Brockmann doesn’t shy away from his pain or his vulnerability. He’s still fighting the addictions that destroyed his career — and the fight will be a lifelong process… Suzanne Brockmann gives her characters the freedom to show that they’re strong enough and committed enough to move beyond the situation into the future, resulting in a page turner that stays with the reader long after the story ends.” Kassia Krozser, Subversion

The following appeared in the April, 1999 issue of ROMANTIC TIMES:

Captain Joe Catalanoto came into my office without knocking. The hero of my first Tall, Dark & Dangerous series romance about U.S. Navy SEALs, Joe Cat’s had free reign of my imagination since he first popped into my head, back in 1995. “Yo, Suz.”

Laughing, he sat and put his feet up. “Hey. What’s HEART THROB?” He picked up the gorgeous hot-pink book from my desk.

“It’s my first mainstream romance from Fawcett Gold Medal. It’ll be out soon.”

Joe asks that about all my books.

“The hero’s named Jericho Beaumont.” He read the back blurb, then gave me a look. “You wrote a book about an actor?”

“Suz is into other things besides Navy SEALs, Cat.” Senior Chief Harvard Becker, six and a half feet of well-muscled African American male — another of my SEAL heroes — also came in without knocking and leaned against my desk. He gave me his we-both-know-you-like-me-best smile. “Suz’s a big movie fan. You know, her kids are actors and she’s spent a lot of time on movie sets. HEART THROB was a fun book for her to write.”

“Jericho’s not just any actor,” I told Joe. “He’s actually a lot like you guys — the best of the best. But he’s struggled with alcoholism for years. In HEART THROB, he’s five years sober and trying to make a comeback. He auditions for this great part, but the movie’s producer, Kate O’Laughlin, is spooked by his past track record.”

“I’m sorry, but I’m not making the connection here. Exactly how is he like us?”

HEART THROB’s hero, Jericho Beaumont, was intelligent, breathtakingly handsome, single-mindedly motivated, fiercely determined, and highly skilled. Just like Joe — who wasn’t going to hear all that from me.

Jericho pushed open my office door. He was, undeniably, the most handsome man in the universe.

“Just like you guys, he, too, doesn’t knock when he comes in,” I said to Joe.

“Everything okay in here?” Jericho said in his sexy southern drawl.

“Actually, sweetie,” I said, “I was trying to write. I have a deadline.”

“So.” Joe cleared his throat. “Sweetie. A mainstream romance, huh? What makes it different from Suz’s series books? Besides the fact that you’re Mr. Gorgeous?”

“The book’s a lot longer.” Jericho smiled ruefully. “I get to suffer for more pages. First Suz puts me in an impossible situation. The producer, Kate, insists I take daily drug tests. And there’s this Marine Drill Sergeant from Hell she hires to babysit me, 24/7…” He glanced at their camouflage fatigues. “No offense.”

“Okay,” Jericho said. “Picture this. I’m in my trailer one night and Sergeant Satan gets a phone call. He’s got to go out, doesn’t tell me where or why, and instead of calling Kate and finding someone else to stay with me, he takes my clothes and handcuffs me to the wall.”

“Suz,” Harvard chided. “Did you do that to poor Jericho?”

“Next morning, Sarge still isn’t back, so I’m late for the set,” Jericho told them. “Kate comes looking for me, mad as hell, thinking I’ve gone on a binge. But there I am, and there Kate finds me. Locked in my trailer, completely naked, handcuffed to the wall.”

“Guys. Please. I need to write. Zoe’s just walked in on Jake in the shower and–”

Joe laughed. “What is it with you and naked men?”

Note From Suz: I love everything about the romance genre — the high-running emotions and the happy endings. And I love the heroes…Okay, I really love the heroes. I love alpha heroes, particularly dark alpha heroes — bad boys who think they’ve got it all in control. I love to turn their world completely upside down. I love making them face their vulnerabilities, and I really love making them express the way they feel to the heroine.

HEART THROB is a longer book than my series romances. The story is bigger, the secondary characters play far more prominent roles, and my writing style is perhaps even more straightforward, but my Tall, Dark & Dangerous readers will love this book because I’ve written another hero to die for!

A former Hollywood star, Jericho Beaumont lost his popularity and gained an ugly reputation with his addiction to alcohol and prescription drugs. But he’s been through rehab, he’s five shaky years sober, and he’s back for round two.

Producer Kate O’Laughlin isn’t convinced Jericho’s got what it takes to stay clean. To protect her movie, she sets up some rigid rules he must follow, including round-the-clock supervision.

And so it begins– a journey of discovery….