Juliana Anderson is content with the life she’s built for herself—running the best bed-and-breakfast in sleepy Benton, Massachusetts. For excitement, she dresses up in Victorian garb and serves delectable breakfasts and dinners to her mostly elderly guests. But then Webster Donovan arrives—tall, rugged, sexy, and incredibly arrogant—and turns her world upside down.

Web’s got a problem. His first novel was a huge bestseller—but now he’s struggling to write his second book. He hopes that a six-week stay in the middle of nowhere will force him to focus. But one conversation with the intriguingly prim-and-proper “Miss Anderson” proves distracting. He’s used to wrapping women around his little finger, and her no-nonsense attitude is a breath of fresh air. Verbal sparring with his hostess quickly becomes his favorite form of procrastination…

Throw in a bad case of the flu, a bevy of boisterous nuns, the gleamingly handsome town sheriff who likes to dance with Juliana at the local roadside bar, a broken rib or two, and some carefully guarded secrets and misunderstandings…

With footnoted commentary about everything from life without cellphones and laptops in 1992/1993 (when Future Perfect was written, published, and is still set) to thoughts on writing romance and how much Romancelandia—and her own writing—has changed in the past twenty-five years, Suzanne Brockmann presents a special annotated edition of the romance novel that kicked off her writing career. 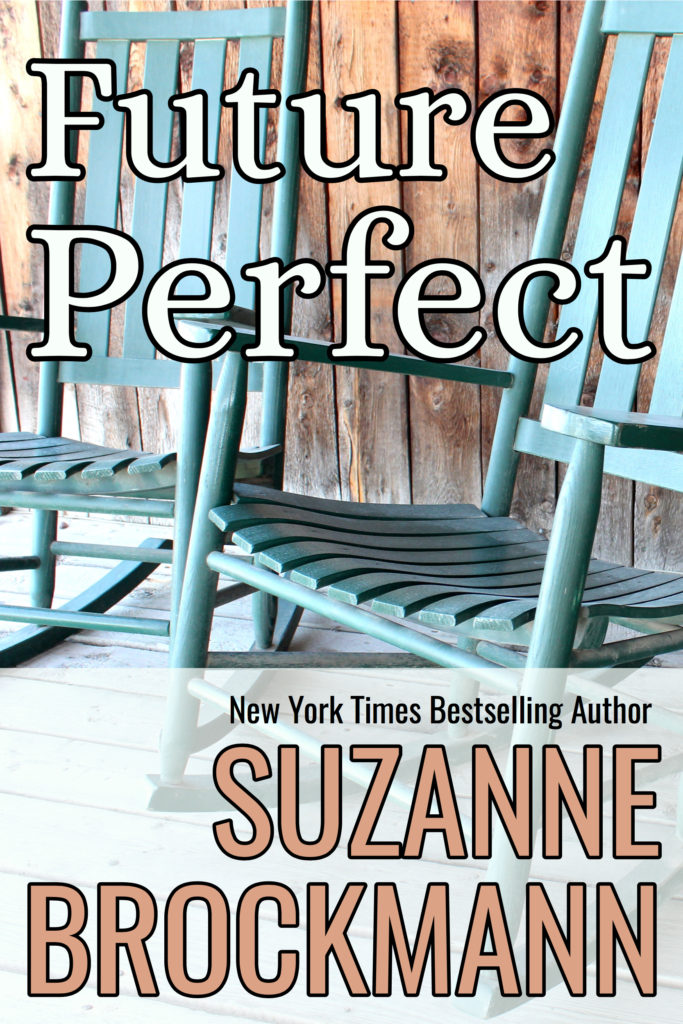