Someone needs a makeover…

Marisala Bolivar has a problem. She’s come to Boston to get an education, and it’s awkward enough that she’s several years older than the average college freshman. But when she finds out that her overprotective uncle Santiago has asked her old friend Liam Bartlett to be her guardian…? She’s not happy. She’s too old to be anyone’s ward—and especially not Liam’s, whom she’s secretly adored for years.

Liam first visited Marisala’s tiny island nation of San Salustiano years ago, when she was just a girl. As an American journalist, he was there to report on the authoritarian government’s human rights violations, and he was quickly targeted as an enemy of the state. He spent years in the soul-crushing darkness of a jail cell until Marisala—with her fellow freedom fighters—broke him out and helped him escape from the island.

But now peace has been won. And while Marisala has the skills to lead a guerrilla fighting force and survive in the jungle for months on end, her uncle has decided she needs to be “civilized”—and that Liam is the perfect man to teach her how a “proper young lady” should behave. But Liam has problems of his own as he struggles to deal with the PTSD he hides behind his sunny smile.

And Marisala has other plans…

Set in 1998 in Boston, Massachusetts, Freedom’s Price spins the Pygmalion/makeover romance trope on its head. It’s a full length novel of 50K words or 212 pages, and is the second in Brockmann’s two-book Bartlett Brothers series that begins with Cal’s story in Forbidden.

Freedom’s Price was originally published in 1998 by Bantam Loveswept. 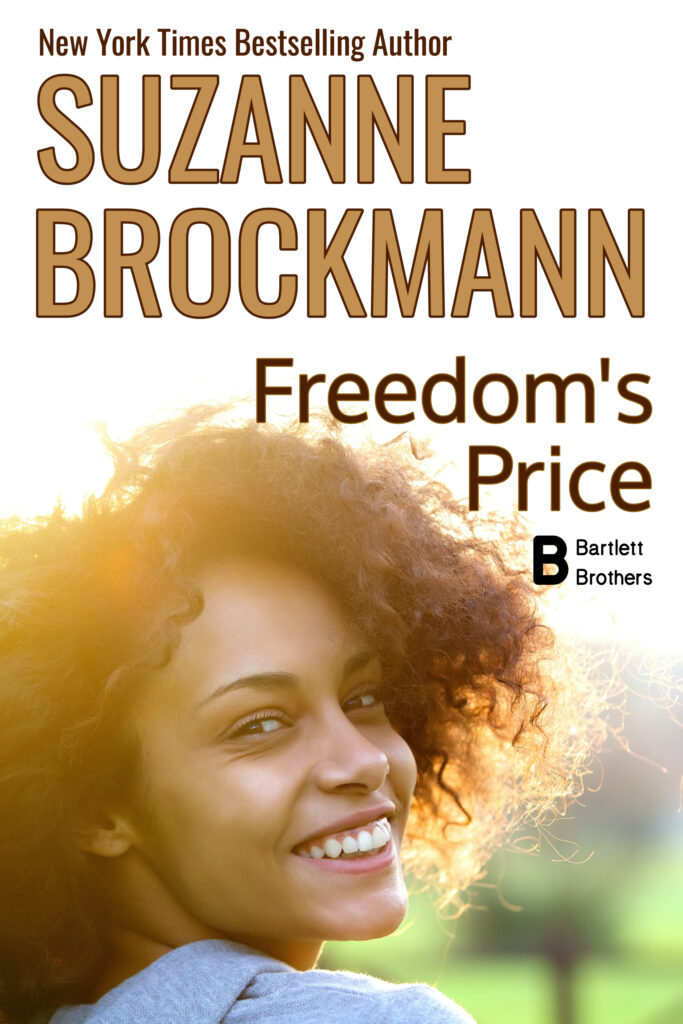 “Famed for her originality and ingenuity, Brockmann once again brings us a fresh plot twist and sharply defined characters.”   Melinda Helfer, Romantic Times.