The story begins from Joe’s point of view, revealing some of the emotional and physical challenges Robin faces taking on this difficult role.

And both Robin and Joe learn that sometimes what seems like an ending is only a beginning.

The first thing that Jules did whenever he came home from work was to secure his sidearm in the lockbox he kept in his home office.

The second thing he did was search for his husband, Robin. This evening he found him up in their bedroom, lying face-down on their bed, his jacket still on, fast asleep.

Robin’s character was having a really rough week.

The good news was that Shadowland, the Art Urban written and directed series in which Robin played a closeted gay A-list actor named Joe Laughlin, was a bigger hit than ever.

The bad news was that playing Joe for all these years had sucked the energy out of Robin. Yes, it was a wonderful, challenging role. And yes, Robin was brilliant, giving a nuanced performance that got him Emmy and Golden Globe noms galore.

But slipping inside of the skin of an alcoholic, substance-abusing, self-loathing, fear-driven, craven man was not the easiest thing for Robin to do, day after day, year after year. Particularly when Joe was on a downward spiral.

Joe’s manager was urging the actor to get married to some female starlet, to quash some rumors that weren’t really rumors at all.

Jules checked the clock on the bedside table-it was barely 1830.

Even though the idea of peeling off Robin’s boots, jacket, and jeans, and then shucking off his own suit and just crawling into bed with his husband was tempting, Jules had skipped lunch.

His stomach growled loudly as if in pre-emptive protest-so loudly, in fact, that Robin awoke.

The lack of recognition in his eyes as he lifted his head would’ve been weird, had Jules not witnessed it before. Robin had gotten so deeply inside of his character that now, in that cloudy place between waking and sleep, it was Joe Laughlin who was looking back at Jules.

But Joe didn’t stick around for long. It was really just a fraction of a fraction of a second before Robin returned. And tired as he was, he managed to smile at Jules with genuine pleasure. “Hey, babe. Did you come home for lunch, too?”

“Uh oh,” Jules said, taking off his tie and kicking off his black FBI shoes, eager to put on his sneakers. “I hope you weren’t needed back on set.”

“No, I have the afternoon off,” Robin said, missing Jules’s verb tense. But then he saw what time it was. “Had the afternoon off.” He flopped back over, onto his back. “Oh, crap, I was going to do the laundry-have it all done by the time you got home.”

“We can pay people to do the laundry,” Jules pointed out. “Whereas paying someone to sleep for you . . . ? That’s not likely to make you any less tired, sweetie. You’ve gotta do that for yourself. So, good job.”

“But I like doing the laundry,” Robin protested weakly from beneath the arm that he’d thrown across his eyes. He made an exasperated sound. “I was going to cook dinner, too, have it ready when you got home.”

Jules sighed as he went into their enormous walk-in closet to hang up his suit. “You really don’t have to do penance for the things Joe says and does.”

Robin was silent, back in the bedroom.

“You know,” Jules continued, raising his voice a bit so Robin could hear him, “it’s been a while since you’ve gone to a meeting.” As a recovering alcoholic, when Robin first got out of rehab, he’d attended one and sometimes two AA meetings a day.

Again there was silence before Robin finally spoke. “I do know,” he called back. “But the idea of you having to go with me, to have to take your weapon back out of the lock box just because I might need protecting-”

“That’s not a problem,” Jules interrupted him.

“Also not a problem.”

Robin appeared in the doorway to the closet, still wearing his jacket as he leaned wearily against the frame. “God, I just can’t get warm today. What is wrong with me?” He shivered a little, crossing his arms as he watched Jules pull on a pair of jeans, fasten the button at the waist, then zip. Robin’s hair-blond this week-was charmingly, adorably messed, but his face still looked tired despite his lengthy nap.

And his blue eyes were haunted.

“What makes you . . . bring up my going to a meeting tonight?” he continued.

Jules shook his head and shrugged. “No reason. I just thought it might help.”

Jules didn’t hesitate. He reached for his shoulder holster, which he’d hung on its hook on the wall. “Then let’s do it.”

But Robin caught his wrist. “Something bad happened today,” he admitted when Jules turned to look at him. He released Jules’s arm and ran both hands through his hair, which made it stand up even more. “On set.”

And okay. Those were not words that Jules wanted to hear. Not tonight-not ever. But there was one thing in life that he didn’t doubt-and that was that Robin loved him. Loved him.

Jules exhaled hard. And made himself inhale after. Breathing was good. He managed to make his voice light. “What did Joe do this time?”

From Beginnings and Ends by Suzanne Brockmann 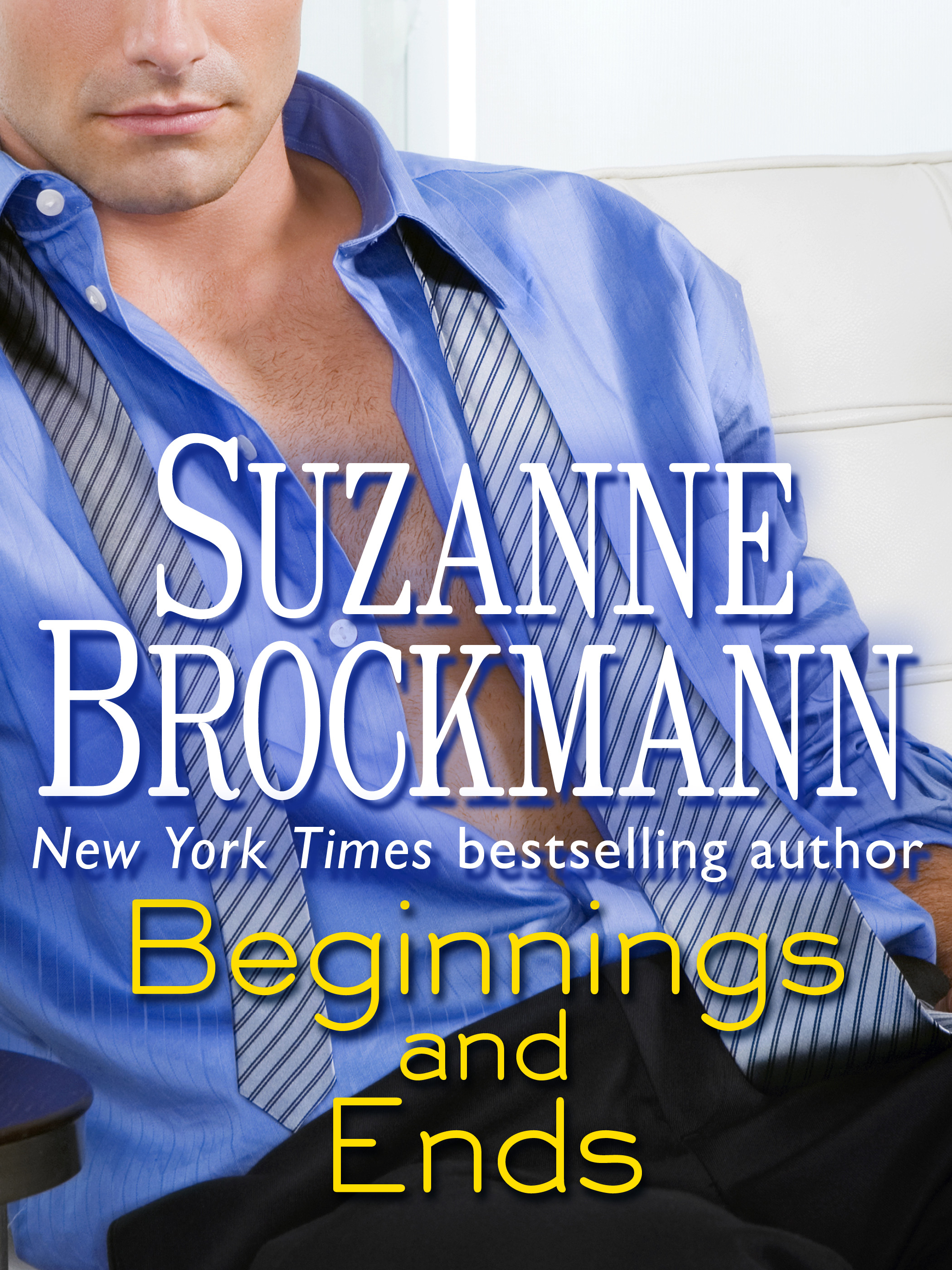