Alessandra Lamont may have married into the mob, but she also thought she’d divorced the mob when her husband became her ex. But apparently he forgot to tell her about the million dollars he stole from his boss, Michael Trotta. And even though Alessandra manages to dig up the money, she’s still almost blown to bits in a mob hit.

Loose-cannon FBI agent Harry O’Dell’s ex-wife and son were killed by Trotta’s men, and he’ll do whatever it takes to bring Trotta down—even use beautiful Alessandra as bait. But when the set-up goes bad and Alessandra is nearly killed, she and Harry go on the run—and sparks quickly fly… 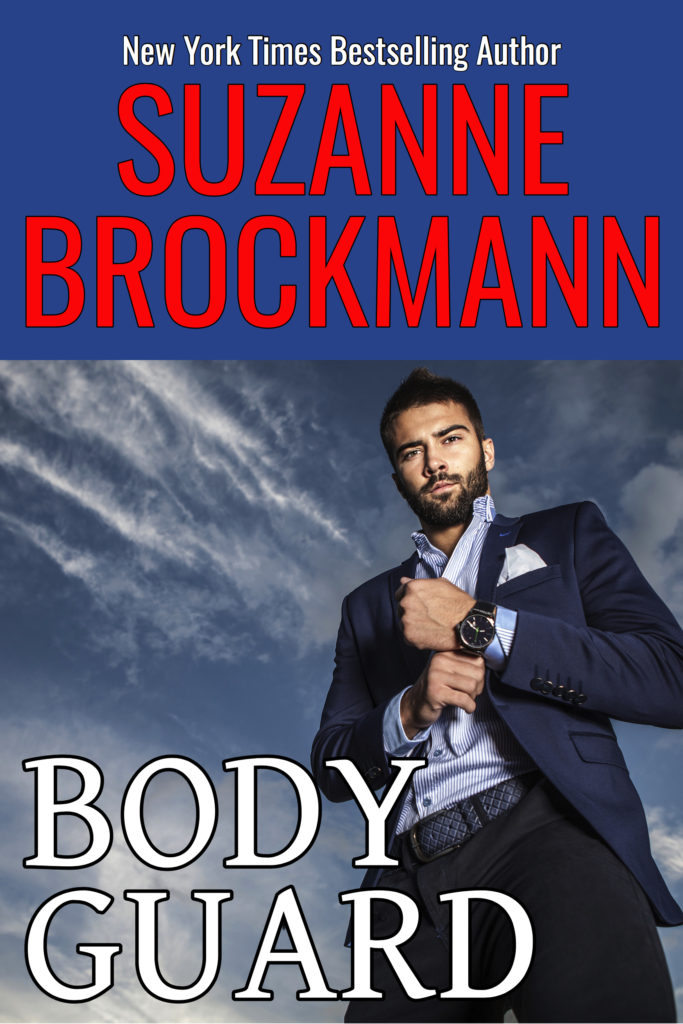 “BODYGUARD was fast-paced and exciting and I couldn’t put it down. Brockmann is among the best when it comes to delivering a superior story with interesting characters.” Romance Journal.com

“BODYGUARD took what I love about the SEAL books and gave me MORE! I found myself resenting the little things that kept interrupting my reading — like preparing dinner, sleeping, working. “ Merry Cutler, Annie’s Book Stop

“BODYGUARD is the fabulous follow-up to Suzanne Brockmann’s first single-title release. Romantic suspense is obviously Ms. Brockmann’s forte and she proves it at every turn. 4 and 1/2 stars and Top Pick” Romantic Times Magazine

Nora Armstrong writes, “I’m just crazy about Harry — Harry O’Dell, that is, the hero of Suzanne Brockmann’s latest blockbuster. He’s a foul-mouthed, rough-edged, rumpled FBI agent from Brooklyn, out to save a dead man’s former trophy wife from the mob… If this were a movie, it would be a chick flick masquerading as an action picture, and we ladies wouldn’t ruin the guys’ enjoyment of it by divulging the real theme, just as we’ve never told them that TERMINATOR is really a love story. While it’s clear the characters in this book will have to struggle to get to their well-deserved HEA, I’m sure watching them along the way will be as much a treat for you as it was for me.”

Note From Suz: Okay, this is my official warning. BODYGUARD’s hero, Harry O’Dell, has quite a mouth on him. In fact, his penchant for foul language is one of the subplots of this book!

But I think you’re going to like Harry anyway. He’s the kind of hero I myself love — rumpled and exhausted and gritty and darkly funny. He’s dealing with something I find nearly impossible to imagine — the death of his child. It’s been years, and he still can’t cope. He still can’t face his two surviving children. He’s driven by his need for revenge, living a shadowy half-life

Enter Alessandra Lamont, the spoiled, rich, picture-perfect former trophy wife of a man whose mob connections got him whacked. She’s made a life for herself, using her looks as her one major asset. Now, with the mob after her, she’s forced to hide her beauty to stay alive. She discovers — among other things — that she’s a whole lot more than just a pretty face.

BODYGUARD is a story of two lonely, desperate people who are forced to break free from the boundaries and limitations of their lives. While their journeys are of self-discovery, they also find out that some paths are easier to take when you’re not alone!